The Art of Cycling

The Art of Cycling 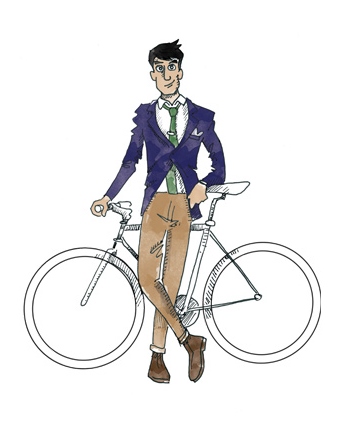 Congestion charges, road tax, petrol duties, high interest rates, depreciation and parking meters, just six reasons (I could list many, many more) why the car and its once majestic beauty is being subjected to the metaphorical scrap-heap in a modernizing, European (apologies Mr. Farage), United Kingdom.

It’s not all smog, doom and C2 emissions though, for when the great lord closes a garage, he never fails to open a Kryptolok.

British cycling is currently witnessing one of the greatest renaissance periods in its short history, with more and more people choosing two wheels and a chain over their parked-up Ford Focus’, Fiat Pandas and ‘all new’ Mini Coopers. With the national ‘Cycle Scheme’ project, tax-free riding and cities going ‘Dutch’, this truly is the dawning of a new era for British cycling. Goodness knows it’s been a long time coming.

After travelling Europe consecutively over the summer months of 2008-2010, I always felt that Blighty was dramatically behind the pace of its European rivals. From Lyon to Rotterdam, Barcelona to Berlin, the sheer number of people electing to ride on two wheels always moved me. Yes they have nice weather where we have squalls and gales, but this really was a rather weak, and I’m afraid, very-British excuse.

Between 2010 and 2013, Britain has showed some positive signs of ‘catching up’ to its European brethren. With Boris Johnson steering London in the right direction with the infamous ‘Boris Bikes’ and ‘Dutch’ cycle lanes, it appears that an oily revolution is in our midst.

Where cycling was once a rather weak-chic, it has transformed, molded and shaped itself into something quite artistic. Fixed-wheel bikes, road-bikes, and vintage cruisers: the options for potential riders are limitless, offering not just practicality, but statements of fashion, individuality and style. When was the last time you could say that about the latest all-silver Ford Fiesta or ‘ocean blue’ BMW Z4?

There’s still a long way to go, but one can argue with confidence that the best time to join a ride, is always at the beginning. Don’t be a conformist when cycling has well and truly become the norm in Britain in years to come, get on yer’bike and join the movement now. And when Britain is finally a flood with cycles, tandems and fixies, you can say, you were there at the start. It’s going to be a fun, fashionable and stylish ride, see you at the finish line (with a full wallet).