This post may contain affiliate links, which help to keep the wheels of Discerning Cyclist turning.
Learn more here.

For pretty obvious reasons, making sure your bike is locked up properly after cycling is always essential.

Whether you’re training, commuting or just cycling for pleasure, the last thing you want is your bike falling into the wrong hands because you forgot to make sure it was left safely and securely.

But if the worst-case scenario should happen, having a GPS bike tracking device hidden on your bike can be a great help in your search to track it down if it has fallen into the wrong hands, or you simply forgot where you locked it.

Cheap GPS trackers are in no short supply. However, the key to finding the best bike tracker is to find something that is small and discreet enough so that if a thief does take a fancy to your bike, they won’t spot the tracker and attempt to remove it.

In this article, we’ve picked out four of the best GPS bicycle trackers for a range of budgets. But there is one big question to ask when it comes to discreet bicycle tracking:

Where to Put a Bike GPS Tracker?

As bicycles are very space efficient objects, they don’t leave a lot of room to hide objects. However, there are some smart places you can hide a GPS tracking device on your bike:

The key to any GPS bike tracker is that it can’t easily be identified and removed by a thief – otherwise they will be able to easily discard the tracker and keep your bike which is hardly a useful anti-theft device.

However, if a bike thief isn’t aware that there isn’t a GPS device on your bike, you will be able to see your bike’s exact location on a mobile app and send a report that the police can instant act upon.

In the rest of this article, we’ll run through four of the best GPS bicycle tracking devices so you never need to worry about losing your bicycle for good. 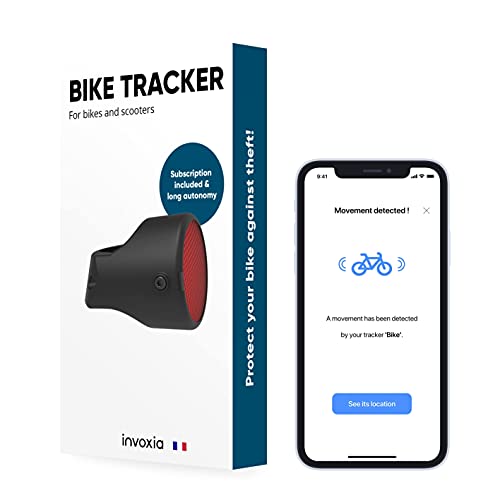 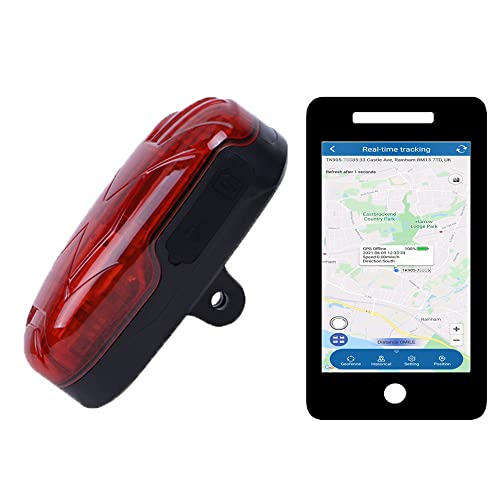 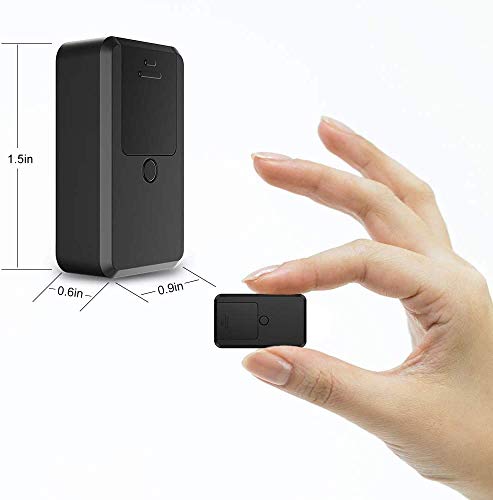 A discreet bike theft tracker hidden inside your handlebars

The Sherlock GPS bicycle tracker is pushed inside one end of your bicycle handlebars (which must have an internal diameter of 19mm to 23mm). You can see a compatibility guide as to whether the Sherlock tracker will fit your bike here.

The tracker can also bend if needed, meaning it can fit in both flat handlebars and dropbars. It is also waterproof, robust and weighs in at just 50 grams.

It comes with two matching bars ends in order to completely disguise the fact that something may be hiding inside your handlebars! This is obviously very important as bike thieves will often rip off any additional bike accessories, although they’re less likely to tamper with the handlebars themselves.

The Sherlock GPS tracker needs to charged every two weeks on average and it comes with a micro USB cable to do this. Simply remove the device from your bike, take the cap off the end of device and you’ll be able to easily charge it up via any standard power source. It takes less than two hours to full charge. You’ll also be notified when the battery is fully charged via the app.

Indeed, the Sherlock app is excellent and refreshingly intuitive to use. You’ll receive an immediate notification if your bike is moved and you can check where your bike is. But you don’t need to be a hero. You can send the report to the police with details of your bike (include the serial number and picture which you enter when you sign up) who can then track down and reclaim your bike.

Now, the Sherlock bike tracker isn’t cheap and costs £154.95 to buy at Amazon, which covers two years of internet use. After that, you’ll have to pay a small subscription fee to continue using the device (of around £3 per month).

If you want the best GPS tacking protection for your bicycle, this is it.

Sherlock works across the UK, Europe, North America and beyond.

A discreet bike reflector that tracks your bike via GPS

Invoxia is a French company that provides GPS trackers for all kinds of uses, from valuable, vehicles and bags to kids!

This model, though, has been built specifically to attach to bicycle seatposts and is discreet enough that it shouldn’t concern a thief enough to remove it from your bike it they stole it.

This is another premium GPS bike tracker, but once again you’ll be paying for peace-of-mind and the real hope of retrieving your bicycle if it is stolen or lost.

Rather than using a SIM card, the Invoxia bike tracker uses low-consumption frequency networks to track your device.

The £198.51 price tag includes a three-year subscription to enable you track your bike via the app in real-time. After the three years, you’ll need to pay an annual subscription fee of £9.99 to continue using the service which can be easily managed through the app.

The Invoxia GPS bicycle tracker works in the UK, Ireland and much of Europe (essentially any countries covered by the RC1 Sigfox radio frequency.

Another excellent GPS tracking device for your bike.

This may look like your standard bicycle light, but the TKSTAR actually doubles up as a discreet GPS bike tracker.

With the accompanying app, you will be alerted if your bike isn’t where it should be, pick up audio from a discreet microphone embedded into the light, plus check the GPS history – with up to one year of history recorded.

For under £40, this is definitely one of the best cheap GPS bike trackers on the market.

While not built specifically for bikes, the Kimfly is a small GPS tracking device thatcan be discreetly hidden on your bike, and work easily work when hidden under the seat or even as a hidden bike frame tracker.

This bike tracker requires a SIM card to use and is accurate to within 15 metres with the GPS technology, so bare in mind when you factor this into the cost.

This is probably the cheapest and smallest GPS bicycle tracker you’ll be able to find currently and you can track your bikes location via the app. Do bare in mind that battery life only lasts two to five days though, so don’t make it too hard to access.

Can I put a GPS tracker on my bike?

Yes. Attaching a GPS tracker to a device can be a great way to relocate your bike in case it is lost or stolen. GPS bike trackers can be hidden in the handlebars, the bike frame or in bike accessories.

Where to put a GPS tracker on bicycle?

How can I track my stolen bike?

If you added a GPS bike tracker to your bicycle before it was stolen, you can track the bike’s location through your tracking app. If you don’t have a GPS device on your bicycle, your best option is to check places where second hand items are often sold, as well as asking in local bike shops if anybody has tried to sell them a bike of your description.

What is the best GPS bicycle tracker?

The Sherlock GPS bike tracker offers accurate tracking, a robust design and is very unlikely to be detected by bike thieves. The app is also excellent and allows you to easily forward a bike theft report to the police who will help return your bike. Therefore, we believe the Sherlock GPS tracker is the best GPS bicycle tracker.

1. 🧥Rapha Lightweight Commuter Jacket
Stylish, waterproof and easy to throw in a bag.

2. 📍Sherlock Anti-Theft GPS Bike Tracker
Get alerted if your bike moves without you.

2. 📍Sherlock Anti-Theft GPS Bike Tracker
Get alerted if your bike moves without you