Cycling and Lycra go together…but unfortunately, so do Lycra and jokes. MAMIL is one of the most infamous cycling gags/memes around. It’s not the most flattering term but it’s been applied to everyone from Tour de France winners to Prime Ministers.

The acronym is so famous that a New Zealand playwright even wrote a one man show about it, which was later turned into a documentary. If you’ve ever wondered what MAMIL means (or been on the wrong end of this insult yourself) then read on as we lift the lid on this most hated of cycling terms.

What Does MAMIL Stand For?

The term comes with the implicit assumption that these men have suddenly taken up cycling with little prior knowledge, possibly as part of the dreaded mid life crisis. There’s also a suggestion that the Lycra is just a bit tighter than it needs to be and the wearer a little out of shape. The wives of MAMILs are sometimes referred to as “cycling widows,” having lost their once sedentary husbands to the undeniable siren call of the Lycra.

The acronym rose to prominence after the UK’s success at the 2012 Olympics and peddled into the Oxford English Dictionary in 2014, where it’s defined as “a middle-aged man who is a very keen road cyclist, typically one who rides an expensive bike and wears the type of clothing associated with professional cyclists.”

These are more than just middle aged men who happen to be wearing Lycra, though. Inspired by the likes of Bradley Wiggins and Peter Sagan, MAMILs deck themselves out in the most expensive, professional gear that they can find. To the untrained eye (that only looks at equipment rather than physique) a MAMIL might appear as though they’re training for the Tour de France.

In reality, these are hobbyist cyclists, usually new to the sport, who dedicate their weekends to exploring the roads either alone or in larger (also Lycra clad) groups. If you’ve ever been called a MAMIL rest assured, cycling is one of the healthiest activities you can do, so the joke may well be on your detractors!

The term caught on in the UK first but has since spread across the world. It’s widely used in internet memes and also newspapers. Tabloids tend to use it when they complain about cyclists clogging up the roads at weekend or blame them for slow traffic.

MAMIL is typically bundled up with wider criticisms about cycling, usually from motorists who resent cycling lanes or don’t like giving way. Nowadays there’s a little pushback from those who see the term as a way of shaming cyclists or discouraging people who want to improve their lifestyle.

The term runs deeper than just clothing. A true MAMIL will take every possible opportunity to discuss their hobby. They’ll spend dinner mulling over a new, more aerodynamic helmet or different saddle positions. Despite coming to cycling later in life, this breed of cyclist is obsessed and wants everybody to know about it. As the popularity of cycling continues to grow, more people will likely find themselves in the MAMIL category at some point!

If MAMIL is your cycling aesthetic of choice it’s quite an easy look to put together. Lycra is the main criterion. The tighter it fits, the more likely you are to be a MAMIL. Professional gear is key, so high end helmets and shorts are integral parts of the MAMIL wardrobe.

For all the mockery, Lycra of course serves a practical and extremely useful purpose. It’s exceptionally lightweight, helps cyclists to keep a streamlined profile and isn’t affected by sweat/sunlight in the same that other materials are.

Lurid pinks and yellows might elicit the most sniggers, but these increase visibility at night and are an important safety measure. There’s a reason that professional cyclists wear so much Lycra rather than casual clothes.

The best way to think of a MAMIL is to picture a conditioned, trim and professional cyclist in the best gear and then remove the part about them being trim and conditioned. The stereotype portrays a slightly portly, middle aged man in the tightest gear imaginable.

MAMILs tend to stick to urban areas, riding extremely expensive city bikes after work and at the weekend. They can be quite intense and look as though they’re training for a professional event. You won’t have any difficulty spotting one: the brighter the attire, the more likely to be a MAMIL. Their bikes tend to be top of the range, with no expense spared. That’s led some people to associate these hobbyists with the phrase “all the gear and no idea.”

For all the jokes and ruthless stereotyping, MAMILs are of course a harmless bunch. You’ll often see groups of them dressed like brightly coloured tropical birds, inspired by their favourite pro athletes. At the end of the day, the criteria are quite broad but anybody male, middle aged and wrapped tightly in Lycra will usually have been branded a MAMIL at some point in their life. MAMILs shun the usual urban cycling clothes for much sportier brands.

If you feel like you might fit the MAMIL model don’t worry too much because you’re in good company. Even Australian Prime Minister Tony Abbott has been described as a MAMIL for his love of two wheels and body hugging Lycra.

MAMILs are highly memeable and the butt of lots of cycling jokes. We hope you’ve enjoyed the ones scattered through this article – here’s another our favourites:

Memes aren’t the only things targeting MAMILs, either. There are plenty of more traditional jokes and one liners with these poor cyclists in their crosshairs!! Here are a few favourites:

A cyclist lying on his deathbed asked his best friend to do him a favour when he’d gone. “Anything,” replied his friend.

“Just don’t let my wife sell my bikes for what I told her I paid for them,” he begged.

Q: What do you call a professional cyclist who just broke up with his girlfriend?

I’m no Tour de France expert… but it seems that the best way to win is to wear a yellow t-shirt! 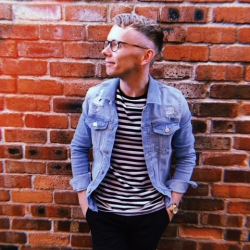