Standing at an average 5’9 (yes, average), I’ve never had problem finding stuff that fits me: whether that’s clothes, airplane seats, or bicycles – I live in a carefree world of mediocrity.

However, I’ve seen the challenges my bigger friends can face in everyday life. Have you ever tried to buy a pair of size 15 shoes? Or squeeze your knees into a seat at a football stadium when you’re 6’7? 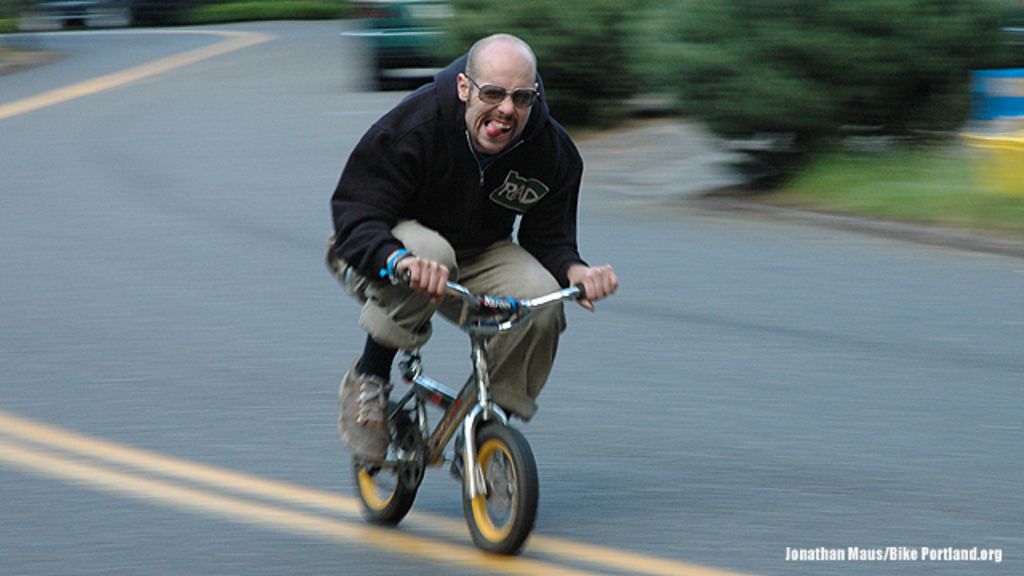 Not only can it feel like you’re riding a children’s bicycle, but regular bikes often end up shimmying and shaking when bearing a lot of weight.

That’s why Lennard Zinn and Nick Wigston are trying to help. Through Clydesdale Bicycles, they’re attempting to create the perfect XXL bicycle for tall and heavy riders. That’s right… bikes for tall people and road bikes for heavy riders.

Lennard experienced first hand the challenges of being a big cyclist. Despite being 6’6, he was on the national cycling team in his 20s but the lightweight bikes his sponsors built for him scared him terribly due to the aforementioned “high-speed shimmy”.

He therefore took it upon himself to solve this problem and build tall bikes that didn’t shimmy at high speeds. With an educational background in physics, he was well-prepared to do this.

Lennard discovered that the problem of buying a “big” bike from most brands is that when they stretch the frame out, it becomes less stiff and causes the unwanted shimmy. So, he figured out a solution to this – without creating unsightly large bikes.

For the past 35 years, Lennard has been building high-end custom bicycles that don’t shimmy with Zinn Cycles. But after years perfecting his craft, he recognised the need for a more affordable product for large cyclists – and that’s how Clydesdale Bicycles was born in January of 2017. 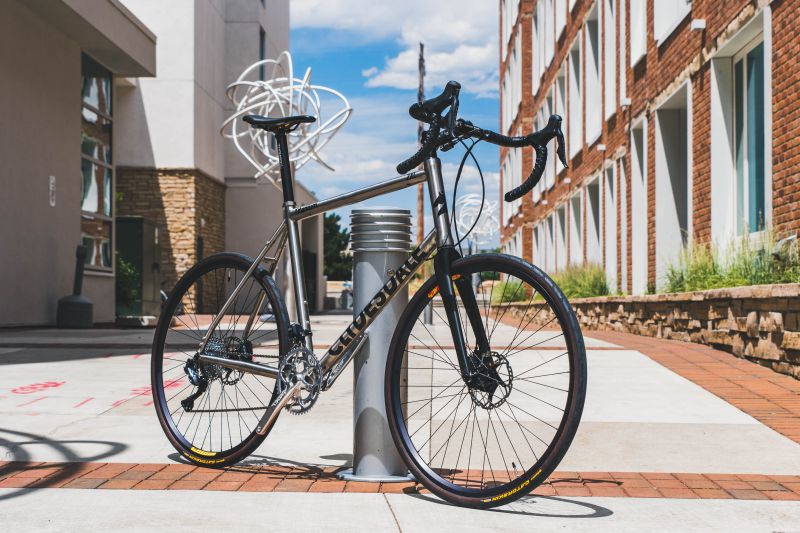 Creating a Bike for Tall Men (and Women)

While Clydesdale Bicycles are suitable for anyone from 5’10 up to 7’0 and up to 450lbs, an average customer tends to resemble a basketball player: around 6’6 to 6’9 weighing in around 220-260lbs.

So, what makes Clydesdale Bikes so good for big cyclists?

Steel was the traditional material of choice for heavy cyclists, but Lennard discovered titanium is a much better option. Titanium is half the weight of steel, meaning you can build an incredibly strong bike without the extra weight of steel. It also never corrodes.

By using titanium, Lennard uses larger diameter tubing – but still making it considerably lighter than a steel bike. This means Clydesdale Bicycles are stronger and stiffer, which results in greater power transfer – without beating your body up. On top of this, the thicker titanium frames also absorbs more road buzz than their steel counterparts, resulting in a more comfortable ride.

Yeah sure, Clydesdale Bicycles can be bikes for “fat” people, if you want to put it bluntly. But it doesn’t matter if you’re fit or not. Clydesdale just focus their attention on heavy and tall riders – i.e. the people who are simply too big for regular bikes, one way or another. Their bicycles also have wider handlebars for people with broader builds, as well as proportional cranks to help increase pedalling power and efficiency.

In order to get a bike that fits and is comfortable, larger cyclists have often resorted to custom bikes – which are incredibly expensive. But – while not cheap – Clydesdale Bicycles have created three bikes in five different sizes – each of which has been specifically to provide to provide large and/or heavy riders with a truly suitable ride. Sizing for the Cyclesdale Bicycles starts at “L” and runs up to “4XL”. 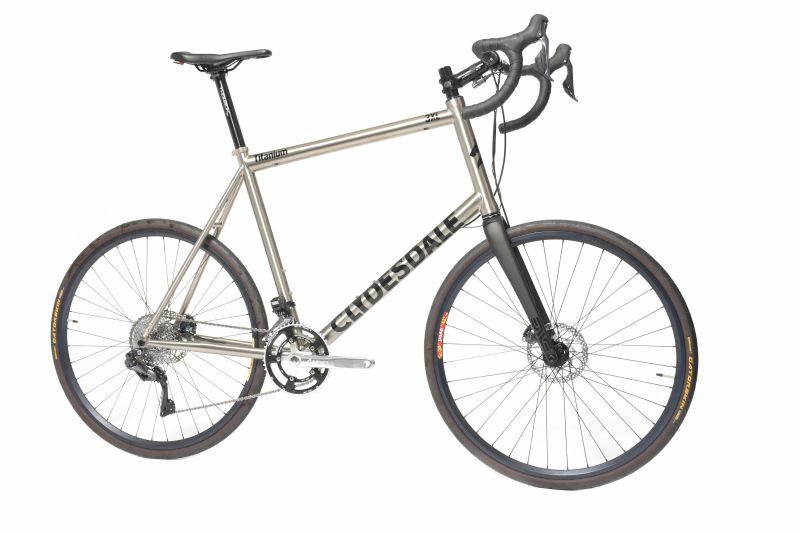 The Rein model has been designed for flat-bar Gravel, Road and Commuter riding, and starts at $3,450. 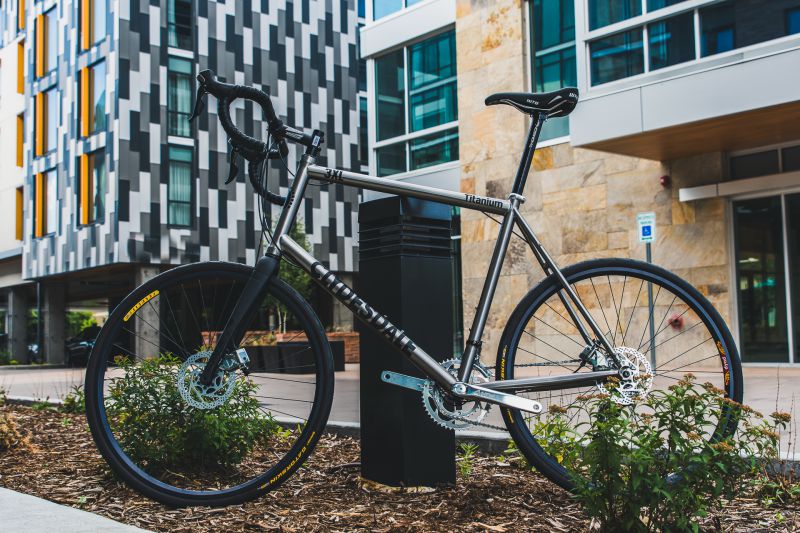 The Draft model  has been designed for Gravel, Road, Touring and Cyclocross riding, and comes in at $4,450. 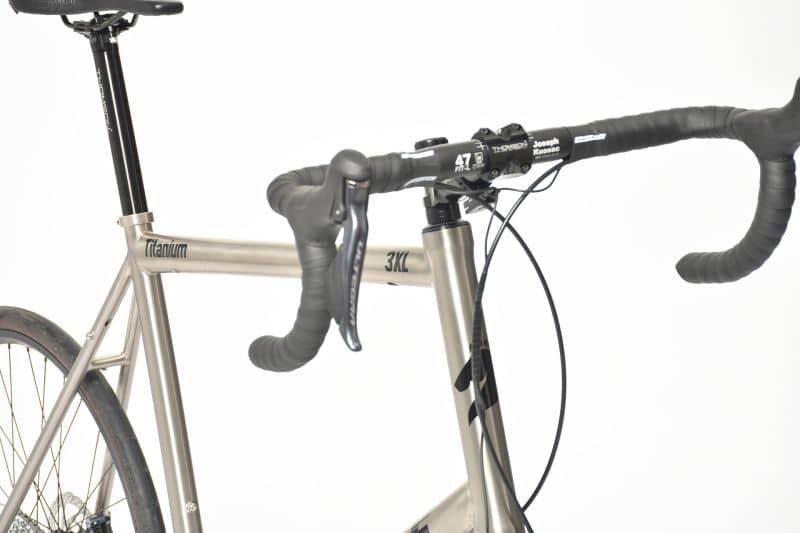 The Team model (pictured below), meanwhile has been designed for Gravel, Road, Touring and Racing, and comes in at $5,950 – for which you get electronic shifting, hydraulic disc brakes, Shimano Ultegra Di2 components, Enve Carbon fork and hand-built “bombproof” wheels.