Bicycle Synonyms: 52 Other Names for Bike

The English language is a strange and wonderful thing. There are so many ways to get creative with language, from jokes and puns to descriptive words and silly names for things, and playing around with the words we use is fun, and keeps things interesting.

So, with that in mind, have you ever wondered about all the different names you could be calling your bicycle?

I don’t mean nicknames – though we have had some fun with different individual bike names in another article! I’m talking about what we actually call that two-wheeled vehicle we love to ride around our cities, parks and country lanes.

There are so many different names that you could be using for bicycles. There are funny slang names for when you want to have a laugh, specific technical names for particular types of bike, historic names for bicycles through the ages, and flattering names you can use to refer to the bicycle love of your life.

If you’d like to branch out with the words you use to talk about your bike, you’re in the right place. We’re about to take you on a journey through all the weird and wonderful bicycle synonyms that you could be using instead of boring old ‘bike’ – more than 50 of them, in fact.

What is a Bicycle in Simple Words?

Put simply, a bicycle is a two-wheeled pedal vehicle which is (usually) powered entirely by human exertion. It’s a great mode of transport and a brilliant way to keep fit, whether you’re riding for fun or to get from A to B.

People use bicycles for all sorts of reasons. Cycling is a great way to get a full body workout, as it is an excellent form of cardiovascular exercise and uses muscles throughout the body including legs and core.

Plenty of people also enjoy cycling to work, because it allows you to squeeze exercise into a busy lifestyle without sacrificing any time, and can help to clear your head before and after a busy work day.

For some, cycling is more than just a hobby or mode of transport – it’s a lifestyle. Friendships and communities are formed around cycling, it helps people with their mental health, and so much passion can go into cycling activities like racing, long-distance rides, time trials and more.

So, in simple words – cycling can be so much more than just a ‘bicycle’, which is why we think you deserve the choice of a whole range of words for your beloved two-wheeler.

Another Word for Bicycle

There are lots of other words for a bicycle – in fact, we’re about to show you more than 50 of them.

Names for bicycles have changed throughout history, from the early velocipedes (no, that’s not a weird combination of a dinosaur and a centipede, it’s the word used for any human-powered land vehicle with one or more wheels), to the penny farthing, to the e-bikes, mountain bikes, hybrids, fixies and others that are on our roads, cycle paths, tracks and trails today.

When it comes to choosing another word for bicycle, go with your heart. How does the bicycle make you feel? Is it a speedy monster of an e-bike, or a rickety old pushbike? Is it a luxury carbon fibre beauty, or a rusted bike that you still can’t help but love? Each of these deserves a different name, one that goes far beyond just ‘bike’.

Let’s take a look at the marvellous array of words for ‘bike’ that the English language has to offer.

Got some questions regarding different names for a bicycle? Well, after reading through that mega list of ideas, we’re not surprised.

People call bikes different names for all sorts of reasons – how it looks, what kind of bike it is, how big, small, quick or slow it is – and of course, slang varies depending on geographical location and historical era too.

What is an Old Name for a Bicycle?

Throughout history, bicycles have been called lots of different names depending on the bike type and the era, with names including draisine, hobby horse, dandy horse, and probably the most famous, the penny farthing.

The first means of transport making use of two wheels arranged consecutively – i.e. the first bicycle, was the German draisine, dating back to 1817. This design was the first commercially successful two-wheeled, steerable, human-propelled machine, and was nicknamed ‘hobby horse’ or ‘dandy horse’.

Any human powered machine is called a velocipede, though you won’t hear that name around much these days, as the only common velocipede is the bicycle we know and love.

The French coined the name ‘bicycle’ in the 1860s, and other names have been used for specific types of bicycle – for example the penny farthing – throughout history.

What is a Bicycle Called in England?

A bicycle can be called lots of different things in England. Most people call it a bike or pushbike, but depending on the type of bicycle different names can be used.

Electric bikes are commonly called e-bikes, tricycles are called trikes, and historic names are used for old-style bikes like the penny farthing, named after British penny and farthing coins which resemble the bike’s different wheel sizes.

You might also hear the name ‘Boris bike’ being used in England, most commonly London. A Boris bike is the slang name for the public bikes managed by Transport for London which can be hired from on-street racks for a small fee, and they are named after Boris Johnson, who was Mayor of London when the scheme began operating. 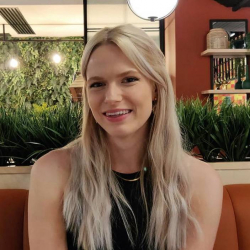