Imagine you’re on your commute to work and suddenly, there’s someone in front of you who you need to overtake on your bike. But you don’t want to have to resort to shouting at them, so what can you do?

Thankfully, with a bike bell, this will make this job far easier, enabling nearby pedestrians, cyclists or motorists to hear you clearly without straining your voice or demonstrating a lack of cycling etiquette.

This post may contain affiliate links, which help to keep the wheels of Discerning Cyclist turning.
Learn more here. 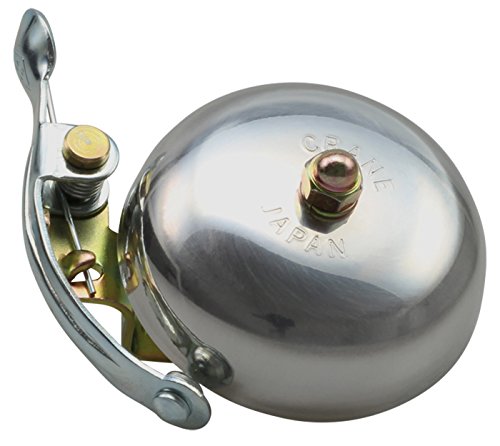 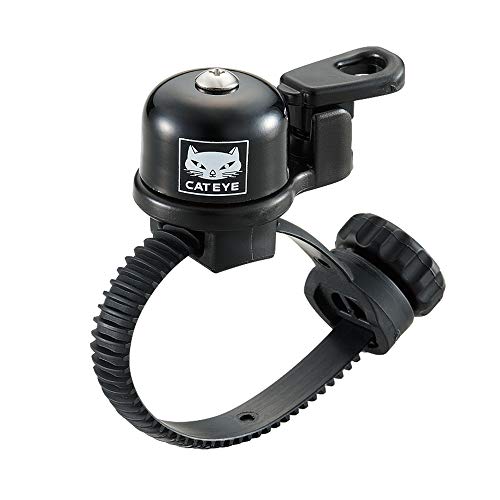 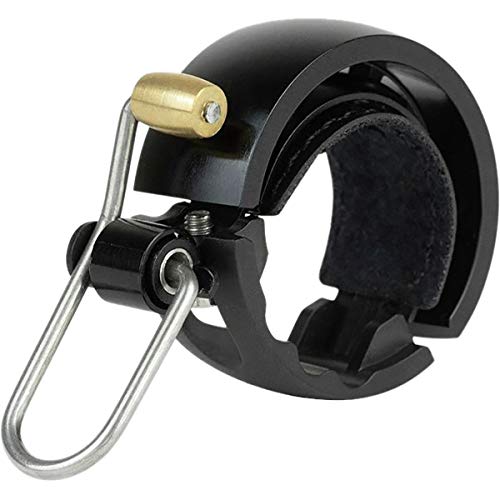 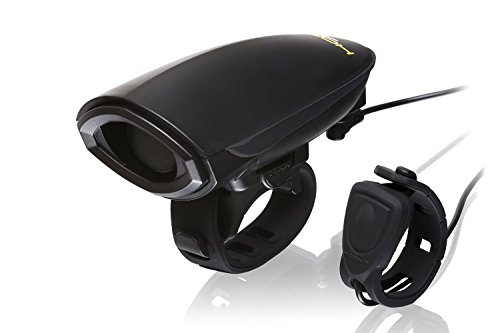 Below, I’ll cover the best bicycle bells around (as well as the best and loudest bicycle horns, of course). But there’s lot of different types of bike bells available, so I’ve broken them down into various categories:

But what is the best bike bell around? Here’s our list of the best, most affordable and efficient bells or horns (should you want something a bit more cheerful) for your bicycle:

A classic chic design from Japanese company Crane Bell here, this model is just as cheap and just as dependable as that from Trigger Bell above.

This aluminium bell comes in either silver or, for an extra two pounds, polished silver, while it measures at only 55mm wide, will fit perfectly on to your handlebars and makes a lovely, loud ‘ding’ when used by the cyclist.

By buying one of these bike bells from Crane Bell, you’ll again be getting superb value for money, with passers-by left in no doubt as to your whereabouts when you feel the need to use it.

If you want to make sure you’re heard, the Owl Vision Hoot is one of the loudest bike bells arrowed thanks to its strong, metal sound that emanates from bell that resembles a symbol on a drum kit.

It’s pretty big, but manages to still maintain a cool, minimalist style and is easily fitted to any handlebars with a 22-40mm dimension. 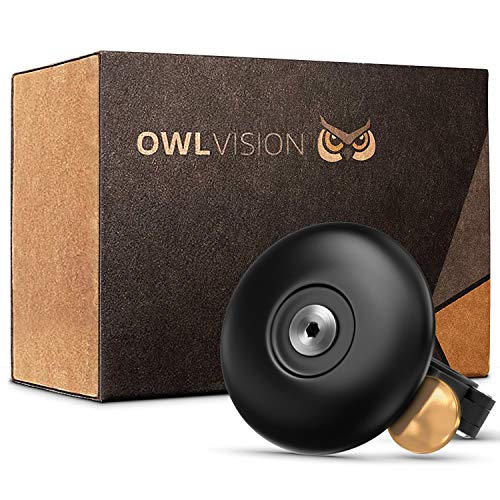 One of the coolest “donut” bike bells around is the brilliantly-named Knog Oi! Bike bell.

It’s simple but great. It easily clips on and off your handlebars, it has a distinctive and clear ring (one of the loudest bicycle bells around), and it looks cool too with its wraparound design.

Knog is one of the best bicycle bell brands around the Oi is well worth considering.

Available in a number of different colours, this bold, simple style from URBAN ZWEIRAD is perhaps the most aesthetically pleasing design on the list.

Making a loud ‘ding dong’ noise, the bell is loud enough to get the attention of those nearby without deafening them, while its individual parts are fitted firmly to prevent any rattling when cycling over cobblestones or gravel, for instance,

Again, this bell is suitable for fitting on all bikes, especially for those with handlebars of a diameter between 20mm and 25mm. 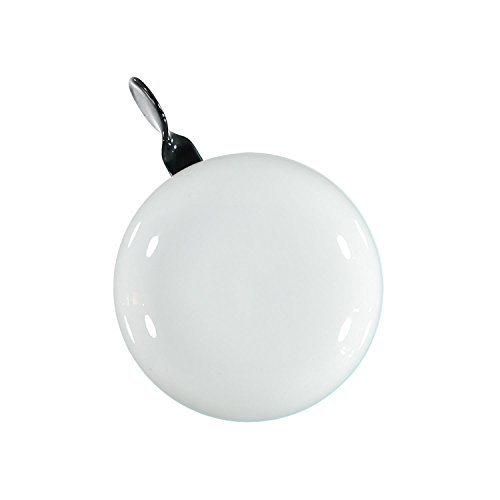 This cheap, simple model from Cateye is perfect for all bikes, as it should comfortably fit the handlebars of your bicycle no matter what shape or size it is. It is also a brass bell, allowing for a sharper, warmer and ultimately clearer tone than the standard aluminium designs.

And that’s not all. Unlike other bike bells, it can be pinged when braking, turning and changing gear, making it one of the safest and most reliable you could invest in.

For around £10, you’ll struggle to find a cheap bike bell that does as fantastic a job for such a low price.

A novelty or funny bike bell can make a great gift for a cyclist – a just a treat for yourself if you’re a bit quirky!

This duck bike “bell” from Volwco will squeak (not quite a quack) when you squeeze its tale, while you can also make the duck glow if you press it to switch the light on. It also has a flashing mode. It’s not enough to light up your path, but it will make you a bit more visible in several ways! 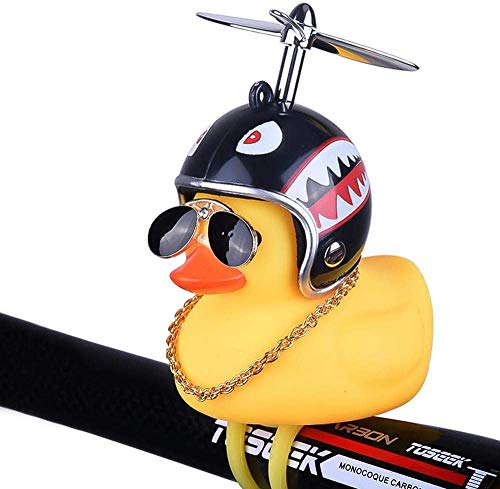 This battery-powered bike bell/horn has three sound settings, all of which capture the attention of those around you.

It also takes just a couple of seconds to take this bell on and off the bike with it a hook looping around the back, meaning it is a good option for anyone worried about pesky thieves. 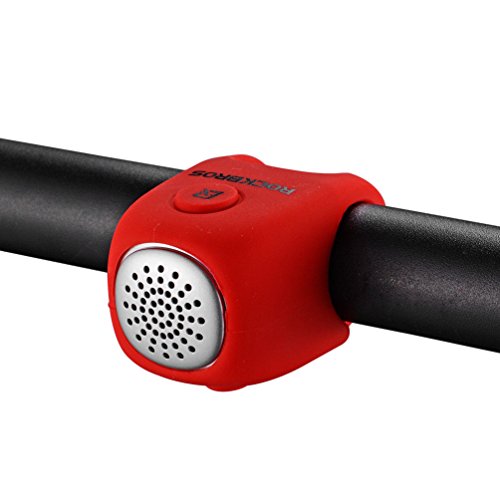 The ‘world’s loudest bike horn’, this design from Hornit sets off a 140dB sound when used – that’s the equivalent of a jet engine – and is four times louder than its nearest rival for this accolade.

It’s still just as easy to install, though; you do so just as you would with a traditional bike light, while its rubber trigger can stretch around all types of bicycle handlebars, and its two AAA batteries should last within six to 12 months of normal use.

And if you find the standard noise of the bicycle horn a little too loud for your liking, you can always set it to its quieter park mode for a sound of a lower pitch, so there’s greater variation in the tone with this model, too.