Norway Has SOLVED Hills with an Ingenious Bike Escalator

Norway Has SOLVED Hills with an Ingenious Bike Escalator

We’ve all been there! The crushing reality that, with your work bag/gym gear in tow, the upcoming, never-ending hill is about to bring your jolly cycle to a halt and replace it with minutes of lung-busting, groan-inducing, thigh-throbbing agony.

The Norwegian city of Trondheim, however, has come up with a way of bringing an end to one dreaded hill climb – thanks to a bike escalator.

The CycloCable, known as the Trampe Bicycle Lift, which has already carried over 200,000 cyclists, is built along a steep 150m long incline, and works by using a powered angled platform where cyclists can rest their foot. Keeping the rest of their body attached to the bike, the cyclist and the bike is then propelled forward at a speed of approximately 5 mph, until the hill is complete.

It carries up to 5 people at the same time and can also be used by any small wheeled transport, whether that is a kid with a scooter or a mother with a pram.

What goes up must come down, so those lucky Norwegian pedal people can enjoy the thrill of the downward slope, without worrying about how to get there. 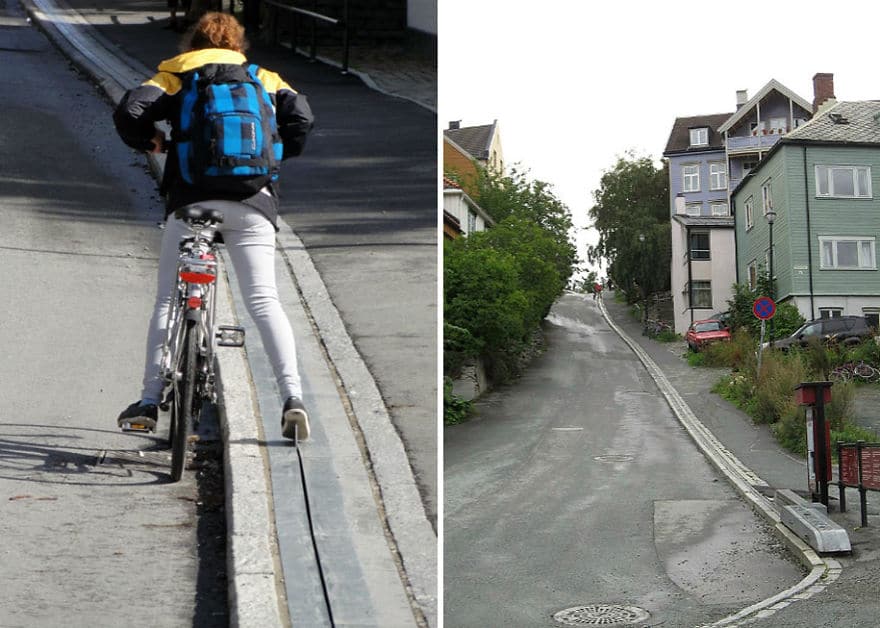 It was invented in the 90s by an inventive commuter and has also become a tourist attraction. Other hilly cities looking to adopt the pragmatic pedal plan would have to stump up a fair wad of cash however – one metre of the elevator costs from $2000-$3000!

What one of these to beat the lung buster in your town? 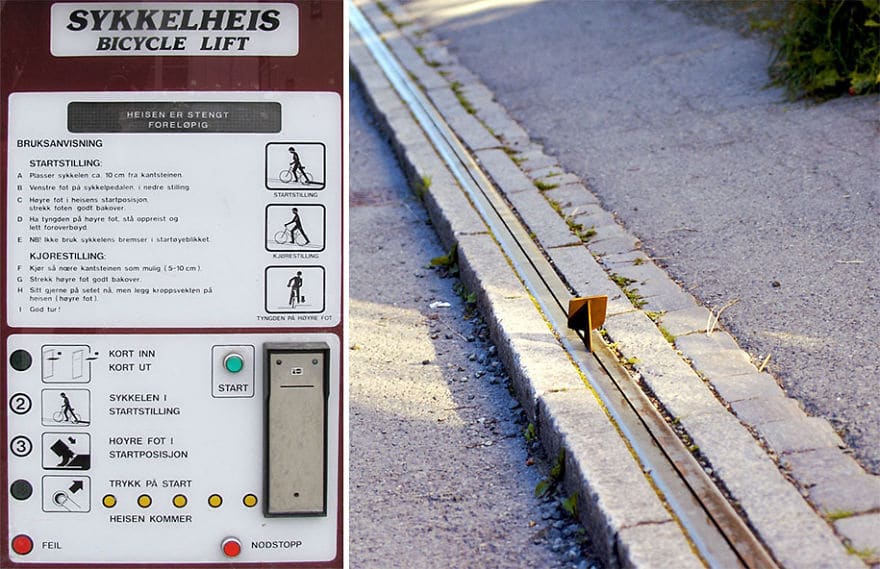