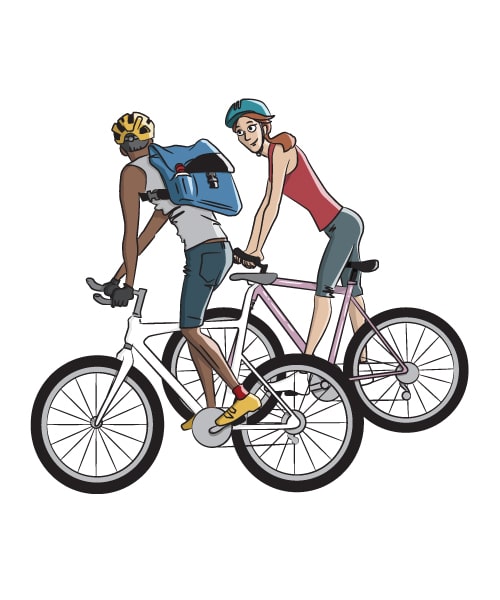 In the last decade we have been constantly reminded of the issues affecting our planet such as global warming, and how things we do every day can have a dramatic effect in the long term. This includes things we think nothing of, like leaving a light turned on, a television on standby or using too much water when boiling a kettle. Because of this the last few years have seen an onslaught of campaigns, advertising and incentives launched to help the environment.

How does the Cycle to Work Scheme work?

The way it works is quite simple, an employer must first register to be involved in the cycle to work scheme and once this has been approved they just need to make their staff aware of it. Employees can then look for the bike they require, request a certificate, which will then be approved by the employer who will then place an order for the bike.

When approved, the certificate will be issued and the employee can redeem it in store or via telephone.

Employees should be aware that they will pay for the bicycle over the course of 12 months through their salary, but the cost of the bike can be up to 42% less than what they would have paid if they weren’t involved in the scheme. Aside from the money benefits to both employers and employees and the benefits to the environment, the cycle to work scheme comes with an array of other perks.

A recent study suggests that cycling to work could help boost the economy by around £13.7 billion. This is because those who cycle to work have been found to be less likely to take a sick day compared to those who use other forms of transport.

With the significant health benefits of cycling, and a saving of money due to the use of no petrol, why not give the scheme a try and change your life for the better.