A Chat with Brian Palmer of The Washing Machine Post

A Chat with Brian Palmer of The Washing Machine Post 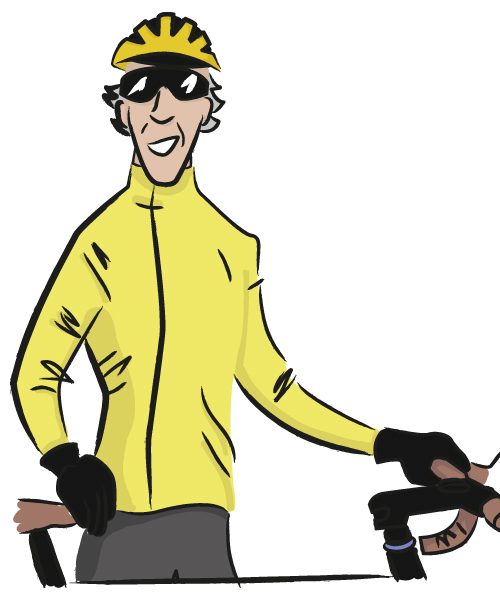 One of the big inspirations behind the Discerning Cyclist was The Washing Machine Post (TWMP for short). A blog offering reviews on a whole host of cycling related goods. From jerseys to DVD’s, books to bikes, Brian even talks about grease (just to be clear – not the place or the film/musical). Pretty much anything you can think of to do with cycling is very likely to have been explored on the site.

The mastermind behind TWMP is one Brian Palmer, a genuine cyclist connoisseur living on The Queen of the Herbies, Islay. Originally from Troon in South Ayrshire on the west coast of Scotland, Brian moved to Islay for the reason we all do (a girl) and from there eventually start writing about, in his own words, “cycling stuff” – but not straight away. 25 years ago, when he arrived on the small island, he aimed to pursue the career he’d studied at college and become a professional artist. After 3 years and some creative (see what I did there) differences with the art community he fell back onto the last thing he learnt at art college, Graphic Design. He now dabbles more in just Photoshop, that suits him though. He’s quite enjoying working for the local paper (Ileach). It would be a few more years before what we’ve now come to know as the TWMP (probably the most confusing named cycling blog) was born.
“I’ve been doing this for over 15 years, before the term blogging was even thought of,” Brian explains. “The post started as a fortnightly column in the [local] newspaper, transposing to the web when the internet became easier to access for those of us with a mind so to do. I kept up the two-weekly cycle (no pun intended) for many a long year, before deciding, one Christmas, to see whether I could write something worthwhile everyday up until Easter. I managed it, but effectively created a rod for my own back since those who read the post now expected more of the same.”
Despite Brian’s love of the site and writing for it, he has no intention of quitting the day job to focus solely on the post. “At the moment I enjoy what I do, but I fear that if it became necessitous, factors involved in that might conceivably turn it into something I don’t want it to become. At present, if I got fed up tomorrow, I could just stop.”
Reading Brian’s reviews and posts you really get a sense of his love of cycling stuff. Each review is never just a review, it’s a small story, wrapped up with care and attention. They all come across as very natural, as if you were sitting next to him at the local on a Sunday evening sharing stories, such as the time he reviewed the magic porridge pot (or Rapha shaving cream as it’s more commonly known) . They really set the scene for the main portion of the text, there’s a reverence to each piece of writing, you kind of get lost in it all and before you know it you’ve read 5 articles and there’s smoke coming from the kitchen because you’ve left your tea in the oven too long.
They can be a bit hard to interpret as Brian does like to make full use of the English language, no bad thing at all. Speaking to him is just as much a pleasure, it is a lesson in the English language, “I’m always secretly quite happy when correspondents have found it necessary to check the dictionary. There are far too many words, and not all of them of more than four syllables, that are in danger of dropping into disuse, and I think it a part of my mission to ensure they remain relevant for as long as possible.”
It was reading Brian’s posts that first put me onto Rapha all those years ago. His review of their Rain Jacket was one of the few I could find at the time and, such was the verve of the post, he is directly responsible for me buying the said jacket. So Rapha, if you’re reading this, you owe Brian some commission money (which I suspect they’ve paid him in clothes to review by now anyway). Asking the simple question of Brian, “What do you wear when you go out on the bike?” gets the typical Palmer response, “You open something of a can of worms with a question like that. I have a substantial amount of cycle clothing that I have received over the years for purposes of review, so the biggest problem is one of choice. I’m sure you can sympathise with the notion that it would be foolhardy to mix Rapha with Endura or Cervo Rosso with Velobici. Even the possibility of a Veloist jersey matched with DHB bibs is one that gives one the shivers.”
“Therefore choices have to be made, mostly revolving around whichever mode I think I might be in by the following morning. Not always something that is easy to second guess. All is eventually resolved, but I think myself a bit of a ditherer that the process takes as long as it does. Surely us tough, faux Belgian hardmen ought to be satisfied with whatever comes out of the drawer first?”


6 Commuter Essentials for Cycling in September 🚴 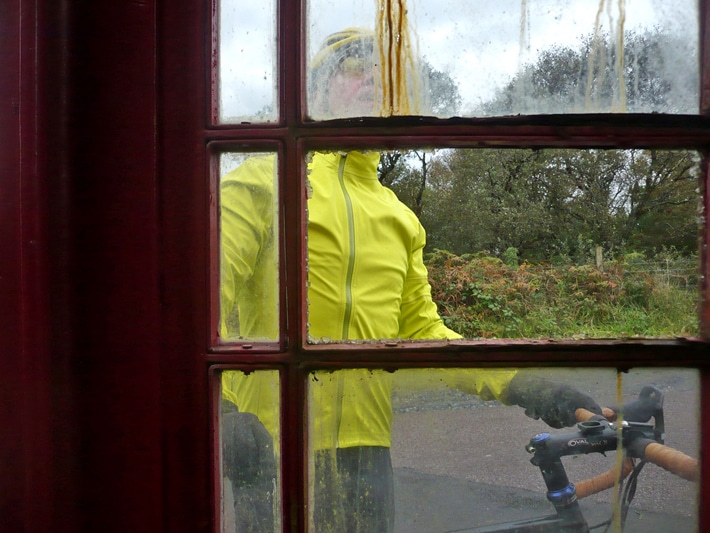 Not having to commute on his bike to work (5 minute walk away, most convenient), Brian takes his wheels out only when he’s got errands to run around the island – which basically sounds like IT support to friends and neighbours, but it does mean he can get dressed up for the occasion. “On occasion I am called to provide my Photoshop or Macintosh experience at a house elsewhere on the island, in which case I dress in what Rapha used to refer to as their ‘fixed’ range, or perhaps something from Vulpine. Rather considerate for one more used to designer scruff.”
Brian’s a big fan of Rapha and has made good friends with the people at Rapha’s London outpost. He explains the reasons behind his preferences, “I tend to prefer Rapha’s offerings for the simple reason that they fit better than most. There are many others that can offer similar quality, but I have yet to come across designers like Graeme Raeburn and Simon Huntsman and their quest for perfection.”
Go with this now – TWMP shares some similarities to a great white shark, a fin (okay not a fin) but the post has seemed to have reached the pinnacle of cycling blog evolution, like the good ol’ great white. It has something for everybody on it. Sharp, intelligent, witty, insightful and concerning itself with, as Brian himself says, “road cycling culture”. It’s certainly a great place to visit for any kind of cycling interest levels, from casual commuters to dedicated cyclists. But where does Brian himself see it going? “If it evolves, it’ll be a very slow process. There are definite differences between what it is now and what it was then, but unlike Baldrick, I have no cunning plan.”
He ends quite simply with, “I just like writing about cycling stuff.”
To get your regular taste of Brian’s offerings visit, The Washing Machine Post.