When I was a Spin back in May, one of the products that really caught my eye was the GO LED Bag from Port Designs. I had a little play with it at the exhibition and was really impressed, and a few weeks later I got my hands on my own bag. So why is the GO LED so special? Well, it is a normal spacious backpack… that features an LED display unit on the rear that indicates whether you are going left, right, straight on or slowing down. An indicator backpack for cycling, if you will. The backpack links up with a wireless remote that is easily fitted to your bicycle handle bars which effectively works as the ‘command centre’ for what people behind you can see on your backpack.

Basically, this backpack tries to make cycling safer by attracting more attention to you and your manoeuvres, particular when riding at night.

About the GO LED Backpack 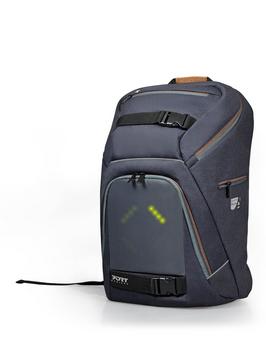 As you might expect for a new innovative product such as this, a sizeable price tag is included – coming in at a hefty £164 at Littlewoods.

The question that naturally arises is: is it worth it?

Well… aside from the LED technology (which functions excellently), this is a generally very well constructed bag. It’s big and spacious (35L to be precise), but also extremely light – weighing in at just 1kg.

The GO LED backpack also features a plethora of pockets. In the main backpack compartment there is a padded sleeve for a laptop (14-15.6”), a large mesh pocket, and also a designated section for a 9-10” tablet. There’s also a side pocket and a small top pocket on the exterior which are perfect for storing things like phones, keys and wallets – which you need to be handy – as well as a final medium sized pocket tucked behind the LED display. Last and – actually least – there’s a small mesh pocket on the right shoulder strap which is suitable for storing the LED remote for easy access. 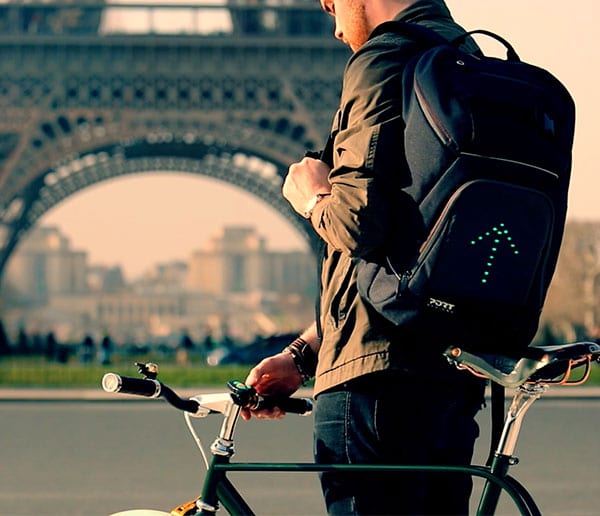 In terms of other cycling functionality, there are also multiple reflective strips dotted around the bag to give you even more visibility on the road. Although the bag is not overly water resistant, it does come with a translucent waterproof cover which can easily be added – a useful addition that still allows your LED signalling to be seen.

The LED display is charged using a USB port and takes around four hours to charge, leaving you with 40 hours of usage, which is very good. The remote is powered by two coined shaped batteries (I’m not 100% sure on the size) which come included with the bag (a perk of the price tag perhaps).

Importantly, this bag is also very comfortable to carry around, with well-padded shoulder straps and back. It also boasts an ‘AIR flow system’ which basically helps to increase back and strap breathability which works pretty well.

My only beef with this bag is the zip. I discovered two zippy problems: 1) the main compartment has double zip access, however I found that only one of the zips actually works, with the other zip causing separation when attempting to close – this is not too great a problem as the functioning zip does everything it needs to do, but leaves the other redundant and is disappointing for a backpack at this kind of price; 2) the other problem with the zip is that the other double zip on the front pocket causes a slight chime when walking around – it’s a very mild complaint but once I’d noticed it, it kind of bugged me. 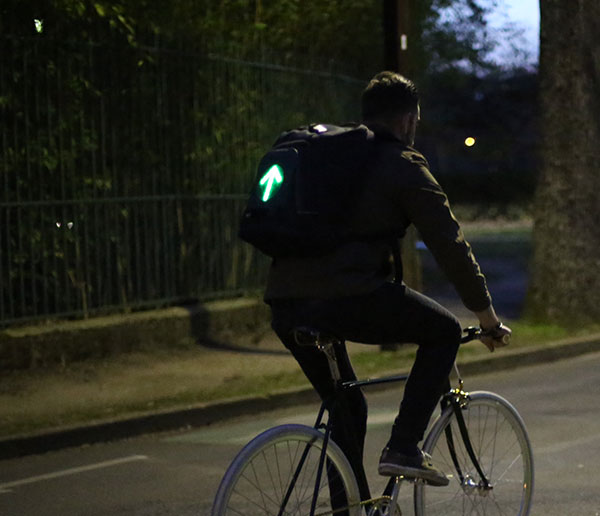 Other than a couple of zip nuisances, though, I found this bag to be a great construction. The question that surrounds it though is how much you’ll use the LED functionality. If you regularly cycle in busy urban areas after dark, I think it’s a great product for you – although the price tag will drive many people away. 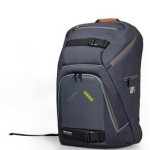