What Can You Do with an Unwanted Bike?

Even the most beloved bikes can become unwanted. Your bike may be beyond repair. Or simply not suitable for you, or your riding style, any longer.

There are many other reasons why you might want to get rid of your old bike. Maybe you want a change, or an upgrade. If you’re choosing a different kind of bike, and your bike is in reasonable condition, there are plenty of charities that will accept bikes for donation.

Even if you feel your old bike has simply had it, there are options. The good news is, your unwanted bike doesn’t have to end up in landfill!

What to Do with Old Bicycles

Old bicycles can be sold, or donated to charity if they’re in decent working order. If your bike is in bad condition, you don’t have to write it off as ‘scrap’ either. Your bike can be sold (or donated) for parts, or for refurbishment. You can also recycle, or even upcycle, old bicycles.

Can I Give My Old Bike to Charity?

The short answer is yes. There are a number of charities, local and national, that will take old bikes. Some accept bikes for distributing overseas. Other charities refurbish bikes to put back into the community. There are even charities who take bikes to be refurbished within the prison service. This aims to teach those in custody a new, useful skill.

How Do I Donate a Bike to Charity?

The charity you donate to will depend on the condition of your bike. Some will take bikes in need of repair. Others require the bike to be in good condition. Transport could also be a factor. Some charities will pick up a bike from your home, but many will ask you to take the bike to a shop or drop-off point.

The drop-off locations may determine which charity you choose. However, there are many charities to choose from, and you should easily find one to suit you.

Keep reading, as we cover specific charities that you can donate your bike to.

Halfords do take old bikes for charity! Since 2013, they’ve worked in partnership with Re-Cycle. This innovative charity takes used bikes, and ships them to Africa. For some communities bicycles are an invaluable form of transport, whether for travelling to work, to school, or to move and sell goods.

Re-Cycle works with partners in Africa, who employ people to refurbish the bikes locally. They’re then distributed to people living in rural communities, or put into Re-Cycle projects. It’s a fantastic way of improving people’s lives and prospects.

To date, the Halfords/Re-Cycle partnership have collected just under 60,000 bikes. And with over 70 Halfords drop-off locations across the UK, donating couldn’t be easier.

The Sue Ryder charity accepts bike donations at selected shops across the country. This is part of the Sue Ryder Bicycle Workshop scheme. Donated bikes are repaired in prisons, before being sold on at affordable prices.

As well as reducing landfill, the scheme enables people to have access to great bikes, that may otherwise be out of their price range.

Other charity shops may not advertise for bike donations, but it’s worth checking with local shops to see if they’ll accept used bikes in good repair.

Charity shops do not accept used bike helmets. However, there are other options for recycling bicycle helmets if yours is damaged or expired.

As we’ve covered, charities that take old bikes include Re-Cycle, who provide bikes to communities in Africa, and the Sue Ryder Bicycle Workshop, with stockists around the country.

There are also many local charities around the UK that will take second-hand bikes:

This is by no means the full list of charities in the UK that accept bike donations. A quick Google search will bring up one or more in your area. It’s inspiring that so many people are working hard to make cycling more accessible, as well as keeping old bikes out of landfill!

Donate Bikes in Need of Repair

Of all the charities that take used bikes for donation, most will accept bikes that need repair or refurbishment. If the bike is beyond repair, they will often accept it for spare parts.

In Scotland, The Bike Station (with drop-off centres in Perth and Edinburgh) refurbishes bikes. They are then used for community work, or sold at affordable prices. They accept “the good, the bad, and even the ugly”. All bikes, bike parts, and accessories are acceptable.

Glasgow-based Bike For Good will take any usable bike parts for use on other bikes.

It’s difficult to pinpoint the best place to donate a bike, with so many charities doing commendable work for the community, and beyond. But Re-Cycle and The Bike Project certainly stand out in terms of the valuable work they do to help and empower people in need.

With such a range of options to choose from, perhaps the best place to donate bikes is with the charity that resonates most with you.

There are many parts of a bike that can be recycled. Tyres and inner tubes can be taken to recycling centres. Frames will often be accepted at scrap yards to be broken down, and repurposed. Chains are difficult to recycle, but you may be able to donate them to a bike shop or charity for re-use.

Can You Part Exchange a Bike?

Many bike retailers will accept your bike in part exchange if the condition of the bike is good. Some, such as Halfords, will only accept bikes bought from one of their own stores. Cycle Exchange works with a range of partner stores around the UK, where you can part exchange your bike easily.

Wherever you’re based, it’s worth checking with your local bike store for their own terms and conditions on part exchange.

How Do I Get Rid of My Old Bike in the UK?

If your bike is in too poor a state to be donated or sold (even for parts), as a last resort you can take it to a scrap yard. They’ll break down the frame for re-use. Ask your local council where you can take your frame.

Before you dismantle your bike for recycling, however, it is worth contacting charities. Many of them will take bikes in horrible conditions to use for parts.

You could also consider upcycling, to make some unique artwork for your home or garden!

By cleaning and de-rusting, you can use parts of your bike in useful, decorative ways. The ideas are endless. 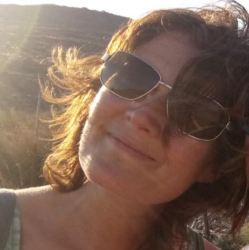