Whether it’s a lazy weekend ride with friends, or feeling those first rays of sun on your morning commute, there’s nothing like cycling to put a grin on your face and make you stand taller. But can a bike ride actually add extra centimetres to your height?

Here, we consider whether hitting the cycle paths helps you grow.

There’s no doubt that cycling is beneficial to your physical wellbeing. The Guardian reports that cycling promotes your immune response, and lowers the risk of developing heart disease by as much as 45%. Cyclists even enjoy a higher metabolic rate (meaning you burn calories more efficiently).

Research also suggests that people who cycle have the fitness level of someone ten years younger than them. And, if that’s not enough of an incentive, bike riders may have an advantage on the dating scene too. A Swiss study found that faster cyclists are perceived as more physically attractive by the general public.

Could Riding a Bike Make You Taller?

Although cycling is great for your health, there’s little concrete evidence that riding a bike can make you taller. One study found that riding with a high saddle forced cyclists’ leg muscles to stretch to accommodate it. The boost in height was, sadly, only temporary.

Another theory is that pushing pedals extends the hip and knee joints, giving riders those all-important added centimetres over time. You shouldn’t reach for the tape measure just yet though. It seems that any increase also disappears as soon as exercise is over.

So if getting out on two wheels doesn’t actually make you taller, where does this misconception come from? It could be that the lofty endurance riders we see on TV skew our judgement. With the average pro-cyclist standing at around 180cm tall, it’s easy to make a false  link between cycling and growth.

After all, it would explain why Tour de France rider Max Walscheid towers over the average man and woman at nearly 2m.

Can Cycling Make Your Legs Longer?

No. As enticing as the idea is, cycling won’t make your legs longer. However, pedalling, especially at a medium intensity and cadence, can give your legs the appearance of extra length. This is due to increased muscle tone.

Cycling is also a brilliant aid for all-round fat loss. A study by the University of East Anglia found that people who switched from driving to work to cycling lost on average 7kg over the course of a year. A leaner physique and the improved posture that comes with it also give the appearance of increased height.

Can Cycling Increase Height in Adulthood?

Unfortunately not. Like all aerobic exercise, cycling increases hormone levels in the blood, including the hormone responsible for growth.This, however, has zero effect on adults who have already gone through puberty.

This is because the growth hormone works in conjunction with a hormone called insulin-like growth factor (or IGF-1 if you want something snappier). Combined, they send a signal to the bones to grow by adding more cells, called cartilage cells. When you reach the end of puberty, the area of the bone that is able to produce these cells fuses shut and future growth is impossible.

Ultimately then, riding a bike as an adult can’t make you taller, but that’s no reason to let your spokes start collecting dust. The leaner, stronger physique you’ll gain from cycling will give the impression of extra height without you having actually grown a single centimetre. 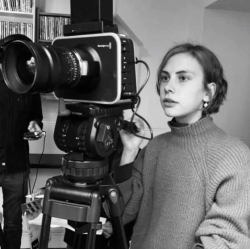