Bike lights are some of the most commonly stolen cycling accessories. Most bike lights attach to the bicycle with a simple clasp or clamp that’s easy to detach. That makes them an enticing proposition for thieves.

There is a solution, though. Lockable bike lights are fixed to your bicycle with screws and bolts so that they’re nearly impossible to steal.

Do Bike Lights Get Stolen?

Yes! Bike lights are frequently stolen. This is one of the biggest complaints amongst cyclists. Standard bike lights are easy to detach and can be taken in a matter of minutes. The issue is acute enough that some cyclists carry spare bike lights so that they’re never left in the dark.

The problem lies in how bike lights are usually attached to bicycles. They tend to be clipped on, and most are designed to be easy to take on/off. Cheap lights are particularly flimsy. They might emit a strong beam, but their fittings are poorly made and there’s nothing to prevent thieves simply snapping them off.

The loss of one of these cheaper lights might not feel like the end of the world but cycling without proper lights is dangerous. You’re less visible to traffic and pedestrians, and night cycling without lights is illegal. Cyclists take lots of security precautions, but too many leave their lights vulnerable.

Should You Leave Lights on a Bike?

Cyclists are free to leave lights on their bikes during the daytime but that raises the risk of them being stolen. Lockable lights are an excellent alternative because they deter thieves, so you can keep them attached 24/7.

Although lights are only legal after dark, leaving them on during the day has lots of advantages. Lights will help you stay safe during foggy or murky weather and anything that makes you more visible on the road can only be good. Taking lights on/off also raises the possibility of forgetting or losing them.

For many, it’s also a matter of principle. No cyclist wants to deconstruct their bicycle every time they park. Carrying a light, no matter how small, is inconvenient. Lockable lights are the solution. They take a long time to get on and off and some are nearly impossible to steal.

How Do You Secure a Bike Light?

Most lockable bike lights are secured using screws and anti-theft bolts. Lights should be positioned at the front and rear of your bicycle, with enough distance between them that other road users can distinguish them as separate lights.

Lots of modern day bicycle lights come with a rechargeable or even USB battery already fitted. Some still require that you install the battery yourself. This is a straightforward job that only needs a screwdriver. Simply slot the battery into the battery compartment on the light and you’re good to go.

Lockable bike lights, almost by definition, take longer to install. They’re designed to be difficult to get on and off. Depending on the type of light you choose you’ll need to secure it using a bolt or with screws. Although it’s more time consuming, all lockable lights come with detailed instructions and the job isn’t as difficult as it sounds. 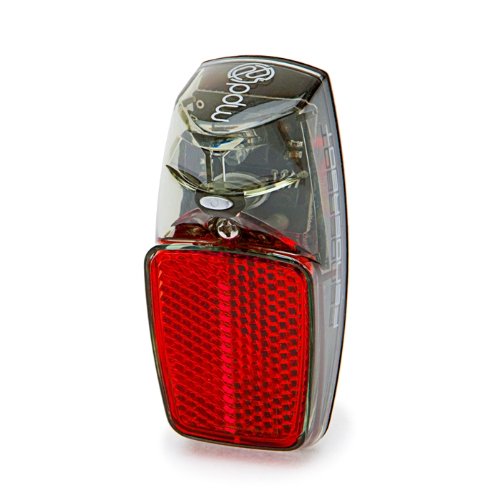 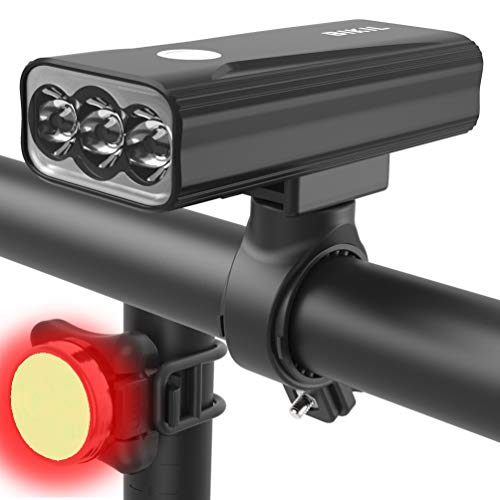 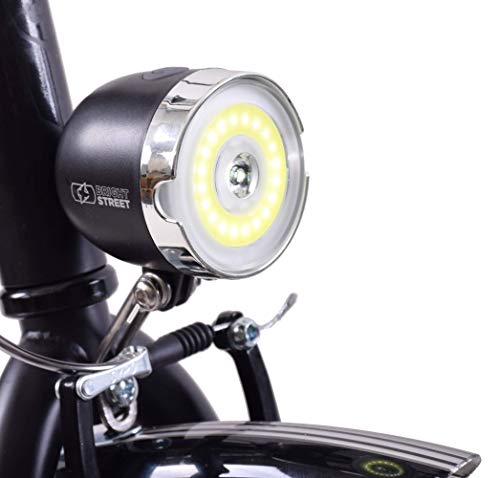 One of the most popular lights in the world, the PDW has long been considered the product of choice for purists willing to spend more for quality. It’s one of the most expensive lights on the market, but for the price tag you get 200 hours of battery life and a rock-steady mount that provides stable, consistent light.

Since this light is mounted directly to the fender it does require some DIY skills (and tools) to install. The task isn’t the most straightforward and means drilling holes into your fender, but you do get a stencil outline and detailed instructions.

Once you’ve done that, the light’s fixed position makes it virtually impossible to steal. You won’t find a more secure, theft proof light than this, which is why so many people are willing to pay extra. Better still, it’s also weatherproof, the LED light is extremely bright and it requires just two AA batteries to function.

Easily some of the most popular lights in the world, BIKL lights are also much cheaper than many of their rivals. They’re bright too, at an incredible 2400 Lumen. That makes them visible from up to 650 feet away and a wide 180-degree viewing angle ensures maximum visibility. The front lights come with free rear taillights.

This light features 5 settings. Nearly 2000 Amazon reviews are a testament to its quality. Water and impact resistance makes it suitable for off road cycling. The aluminium construction virtually guarantees a long life.

The big con with these lights is that only the mount itself is theft proof. It’s locked firmly in place by screws that are difficult to remove, but the bulb itself can be slid out. This undoubtedly represents a security compromise, but the BIKIL light is still substantially more secure than fully clip on alternatives.

The retro stylings of the Oxford Bright might not appeal to everyone, but this front facing light bolts onto your bicycle, making it extremely difficult to steal. It’s attached via a nut and housed on the steering fork. Installation is slightly fiddly (and you’ll need nimble fingers!) but once the light is attached it won’t be going anywhere.

This battery powered light is slightly heavier than the other offerings on this list (at 500 grams) but that also gives it a more “premium” feel than other similarly priced alternatives. The beam is spread rather than focussed, so it’s particularly useful for urban cycling. You can also set the light to “blink” mode for additional visibility and to save some power.

Its retro look means that it will appear slightly out of place on more modern bicycles but its bolt fitting ensures consistent lighting. Unfortunately (and unlike most other lights) it doesn’t come with batteries supplied. Still, if you’re after a secure fit with a timeless design, look no further.

David Jones
David Jones is a writer, poet and content creator followed by over 280,000 readers on his writing Instagram account. A lover of the outdoors, he’s a keen cyclist around the Liverpool area. He also loves to travel further afield and hopes to see as much of the world as possible from the seat of a bicycle!
Latest posts by David Jones (see all)