Daniela’s Story: How Cycling to Work Helped Her Lose 50lb in Less Than a Year

Daniela’s Story: How Cycling to Work Helped Her Lose 50lb in Less Than a Year

Did you know how much exercise the World Health Organisation (WHO) recommends for adults?

They say adults (18-64) should do at least 150 minutes of “moderate” exercise per week, or at least 75 minutes of “vigorous” exercise.

And it’s really not much when you think about it. Just a 30-minute walk or leisurely bike ride on weekdays would help you reach it.

Indeed, if you live within 5 miles of work you could easily hit this goal just by cycling 15 minutes to and from the office each day.

And that’s just what Daniela did. She lost an incredible 50lbs in under a year by choosing to cycle to work rather than drive or use public transport. Anything other exercise you do after that point (e.g. going the gym) is just a bonus.

Indeed, if you’re somewhere who struggles with your weight, this change can be revolutionary, just as Daniela found out.:

“Before I started cycling to work I was 185+lbs and a couch potato. I’ve tried gyms and dieting in the past with little to no luck. I did not really have the discipline to keep up with it, and probably still don’t,” Daniela told Discerning Cyclist.

“Around the time I started cycling (April 2019) I implemented intermittent fasting on the 16:8 cycle (i.e. having an “eating window” of 8 hours per day), but with no other dieting changes and I still ate the same foods I did before. I did not really keep track of my weight until about late September of 2019, when I realized I had lost 30lbs already.”

“I ride to work now every day and maybe a 10 to 15-mile trip on the weekends for fun. I’m maintaining 135lbs now, just from my weekly routine. 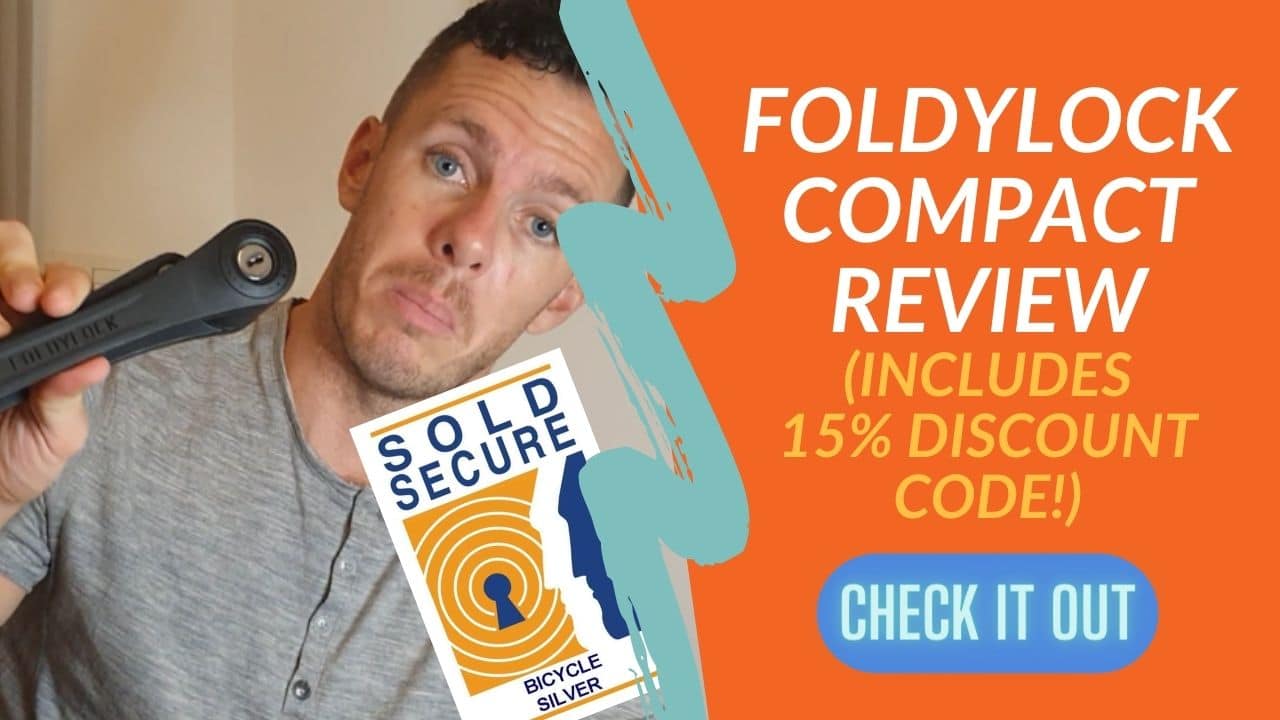 “At this point I’ve completely stopped doing intermittent fasting, and just eat in moderation. I don’t limit what kinds of food I eat, and I don’t think I ever will.”

But did Daniela always battle with excess weight?

“Throughout my teen years I did marching band, which depending on who you ask or what school you went to, can be pretty intense. I was actually the same weight I am now that I was in high school. It wasn’t until I went to college that all the weight came on,” Daniela said.

This seems to be pretty common theme for lots of people. We got to school and run around a whole bunch when we’re kids. Then, around our early 20s, our metabolism starts to slow down, which is then compounded by being less active – especially in a job that sees us sit down for large portions of the day. And it was a similar story for Daniela.

“I started my current job in January of 2019, and I live in a major city only about 3 miles from my job.

“I originally drove every day, which was miserable for parking. Then I started taking public transportation, but the cost seemed too high for the little distance I was travelling. The worst part was no matter bus or car, my commute was always 45-60 mins every day.

“I considered biking as a necessity to save time and money.

“I had a bike that I bought during college but had been gathering dust, and one day I just decided to take it out of storage because I could not stand taking my car or the bus to work anymore.

“Biking in brings my commute down to 30 mins, 15 of which are cycling in, and the other 15 are to finish getting ready once I arrive.

“The time I save isn’t too significant, but at least I don’t feel like I’m wasting time by being sedentary on my way to work.”

So how did Daniela find those early commutes after dusting off her bike?

“I surprised myself with how much it became part of my routine.

I don’t feel like my day has started if I don’t bike into work. It gives me that bolt of energy to start my day focused.

“I also realized that I just really enjoy cycling. I do everything on my bike now: grocery shopping, beer trips, and picking up food instead of having it delivered.

“This past March I bought myself a 2019 Marin Presidio 2. Before I was riding an old Diamondback cruiser style bike. I did some research and liked the Presidio 2 because of the IGH, and I’m completely in love — I call her my silver bullet. I was surprised at the difference between my old bike and my new one. I’m so much faster and more confident on my Marin.

“There’s so many aspects I like about biking to work. I save money, I save time, I get exercise (which I wasn’t getting any of before I started), I’ve lost weight, and I’m just overall happier in my own skin.”

COMMENT BELOW: Has cycling helped you lose weight or get in shape? I’d love to hear your story!