Back in 2014, a small start-up brand called Bluffworks got in touch with me to see if I’d like to review their wrinkle-free chinos. I said sure, checked them out and really liked them.

Zoom forward to the end of 2018 and I was in an internet surf spiral which got me wondering, “hmm, I wonder what Bluffworks are up to now?”.

I’d kept a loose eye on the brand in the subsequent years and they’d seemed to be growing well. But as soon as I landed on their site something caught my eye immediately: the Bluffworks Gramercy Travel Suit. 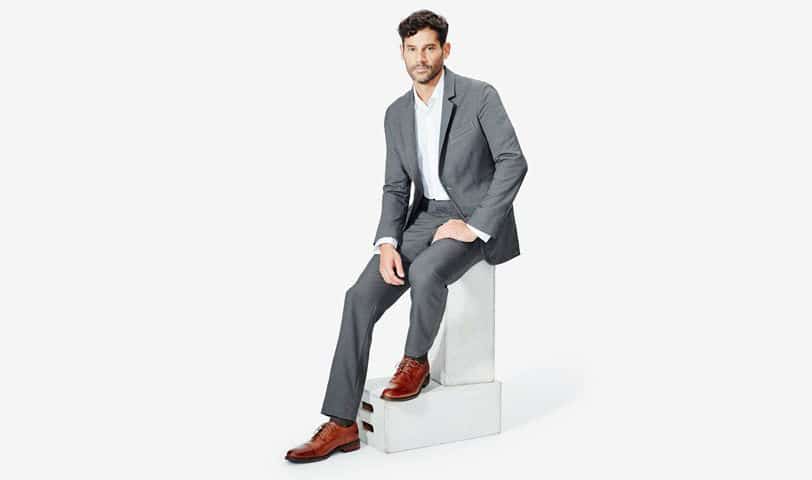 For some time, I’ve been on the lookout for a good-looking, practical cycling suit. It came after I was speaking to a cousin of mine at a wedding back in August. I waffled on about Discerning Cyclist to him and he said he liked to cycle to work, but always did the change and shower kaboodle when he arrived. He asked if I knew of any comfortable, smart-looking suits for cycling available? To my shame: I wasn’t sure. There must be, right?

So, I loosely set out on a quest to find the best cycling suit around. I’ve come across a few cycling blazers in my time, but few full-on cycling suits.

When I came across the Bluffworks suit, then, I was elated.

Here was a fine-looking suit that the brand claimed “[it] refuses to wrinkle, has incredible breathability, and looks and feels like wool (but is 100% machine washable)”.

Having been thoroughly impressed with Bluffworks’ early products, I was aware that they may actually be able to back up their substantial claims.

Okay, the first thing to note is that while I’m considering this as a cycling suit, Bluffworks have called this the “Travel Suit”. It’s not been built for cycling, but that doesn’t mean it can’t do a job on the bike. 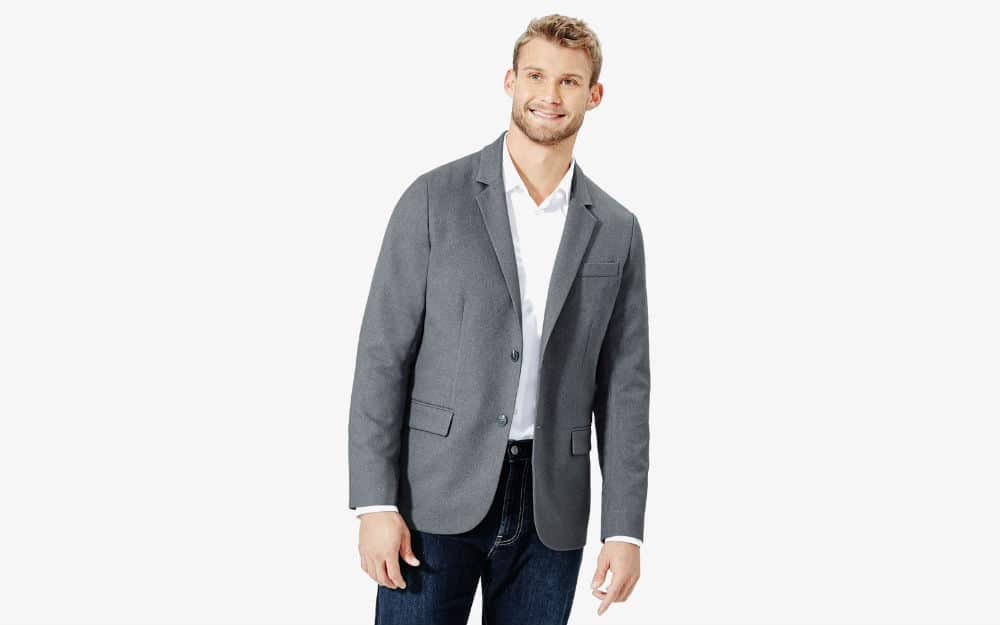 The suit has been built to be breathable. This is one of the very most important considerations for a potential cycling suit. You don’t want to be a sweaty, soggy suit-wearing mess when you arrive at your destination, after all.

The suit also weighs in at just 5.99 oz. per yard of fabric – which is apparently good. I’m more of a metric guy, so I’ve no idea about that, but I can say both the blazer and trousers feel extremely light. Both are made from performance-friendly polyester, with the blazer having perforated back lining, but no lining on the sleeves, to help aid breathability. The Gramercy pants especially good at moisture-wicking and dry remarkably quickly.

Also, as the Travel Suit is made from polyester, it gives enough stretch and give for cycling. It’s by no means mega flexible, but you can, for instance, lift your arms above your head with minimal resistance even in the slim fit blazer – this makes riding in this suit very comfortable.

One of the main selling points of the Bluffworks chinos I tried out a few years ago was that they wouldn’t get wrinkled. This same functionality has been included with the Gramercy blazer and trousers – you can throw these in your bag without fear that they’ll come out looking rougher than your Nan after a night on the whiskey. They’re not creaseproof though, so don’t stuff your bag too full and try and fold your stuff first.

Another big plus point is that this suit is also machine washable! Hoorah a blazer you don’t have to get dry cleaned! 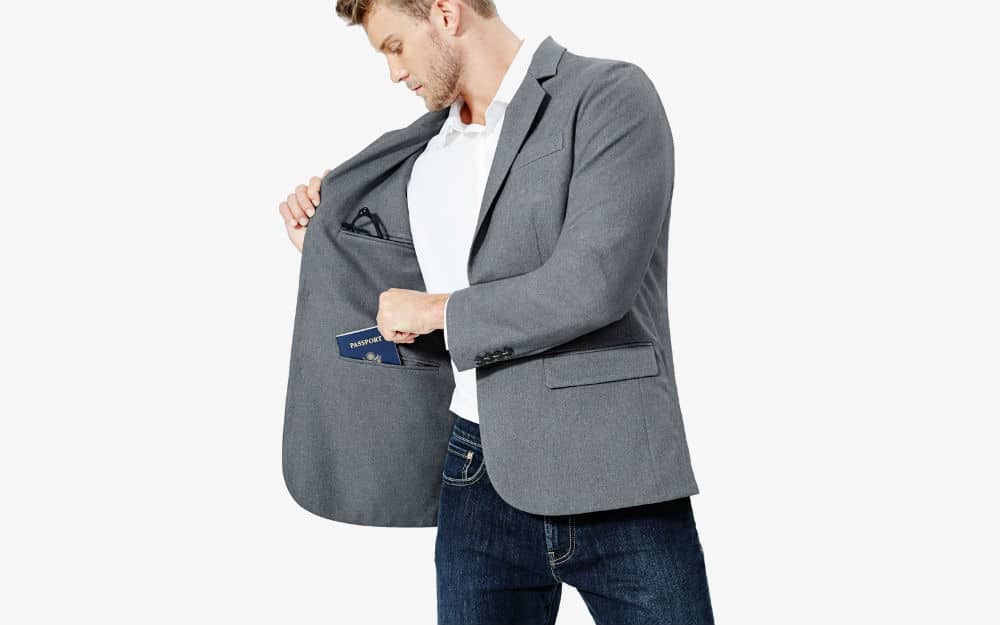 Yep, you read that right. The Gramercy Blazer has 10 pockets. Ten! There’s your standard hand pockets and a breast pocket on the outside, but it’s on the inside that Bluffworks have taken things to a different level.

The inside left pocket features an eye-catching orange trim, and it can also be buttoned up. Then, next to this pocket is a very handy pen pocket – which I simply love. And there’s more, below this pocket there’s a wide-open pocket that can fully conceal an A6 book – which in turn has another mini Velcro-sealed pocket at the bottom of it, perfect for loose change or keys.

There’s another A6-sized pocket on the lower inside right of the jacket, with a zipped pocket above it. But we’re not done yet… the tenth and final pocket is hidden. This is one to use if you’re passing through a sketchy neighbourhood (or you’ve used up your other nice pockets and are getting really desperate). The final pocket is the biggest of the lot and is again found on the inside but on the back – it’s big enough for a 7-inch tablet (such as an iPad mini) and is a useful place to store your valuables without fear of them being discovered.

As if the blazer didn’t have you covered, Bluffwords have also squeezed in seven trouser pockets! These guys sure do love a good pocket.

Again, there’s your stand front two hand pockets, with the right one also having a mini pocket at its base. But then there’s two more pockets in the pockets… and zipped pockets on the inside of these pockets, both of which are large enough to fit any smartphone.

On the back of the trousers, there’s another zipped pocket on the left cheek, while there’s a special snug phone pocket tucked away just below the belt line on the right. Bizarrely, though, a “fake” pocket can be found on the right cheek. Obviously Bluffworks throught that 17 pockets is fine, but 18 would be waaaaay too many apparently. 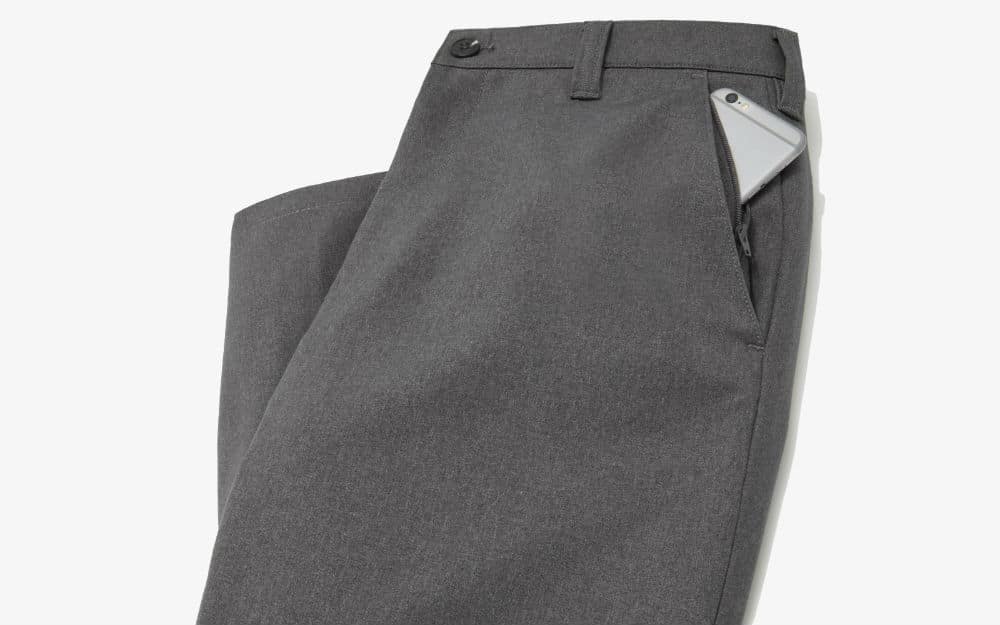 But one option that I really love Bluffworks have provided is the choice to have either a regular fit or slim fit on both the jacket and trousers. I’m (ironically) big into slim fitting gear, but I understand that this isn’t for everyone – so they’ve catered to everyone. 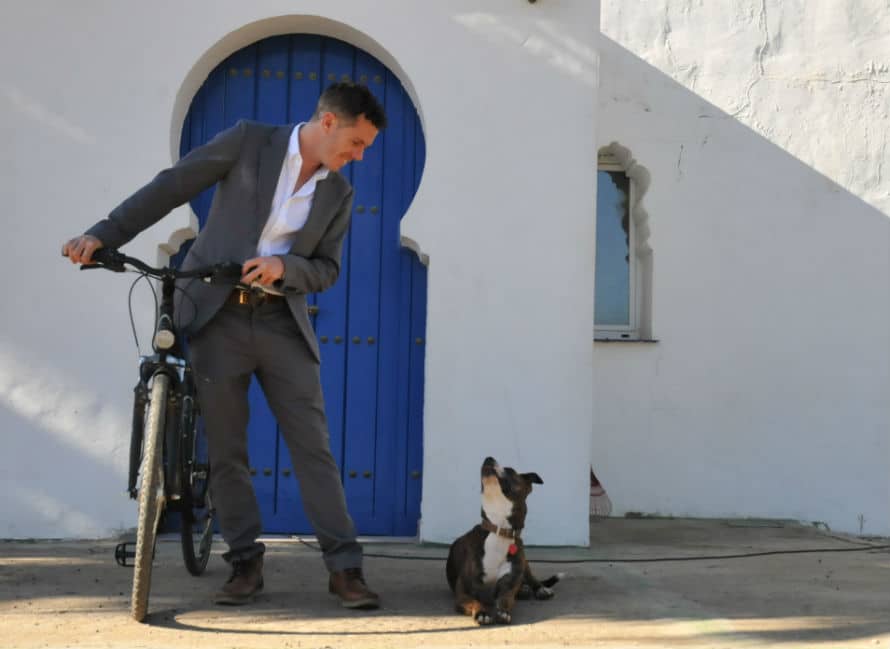 In case you can’t tell, I love this suit. For me, it’s bang on what a cycling suit needs to be. Maybe there could be a little more stretch and a gusseted crotch would help make the pants more durable, but this is a fine-looking suit that fits perfectly into formal and work settings – there’s no hint that this is “cycling gear”.

Bluffworks are based in New York and offer free shipping within America. For British customers, shipping starts at around £12.50, but be aware that you’ll have to foot customs charges upon arrival. 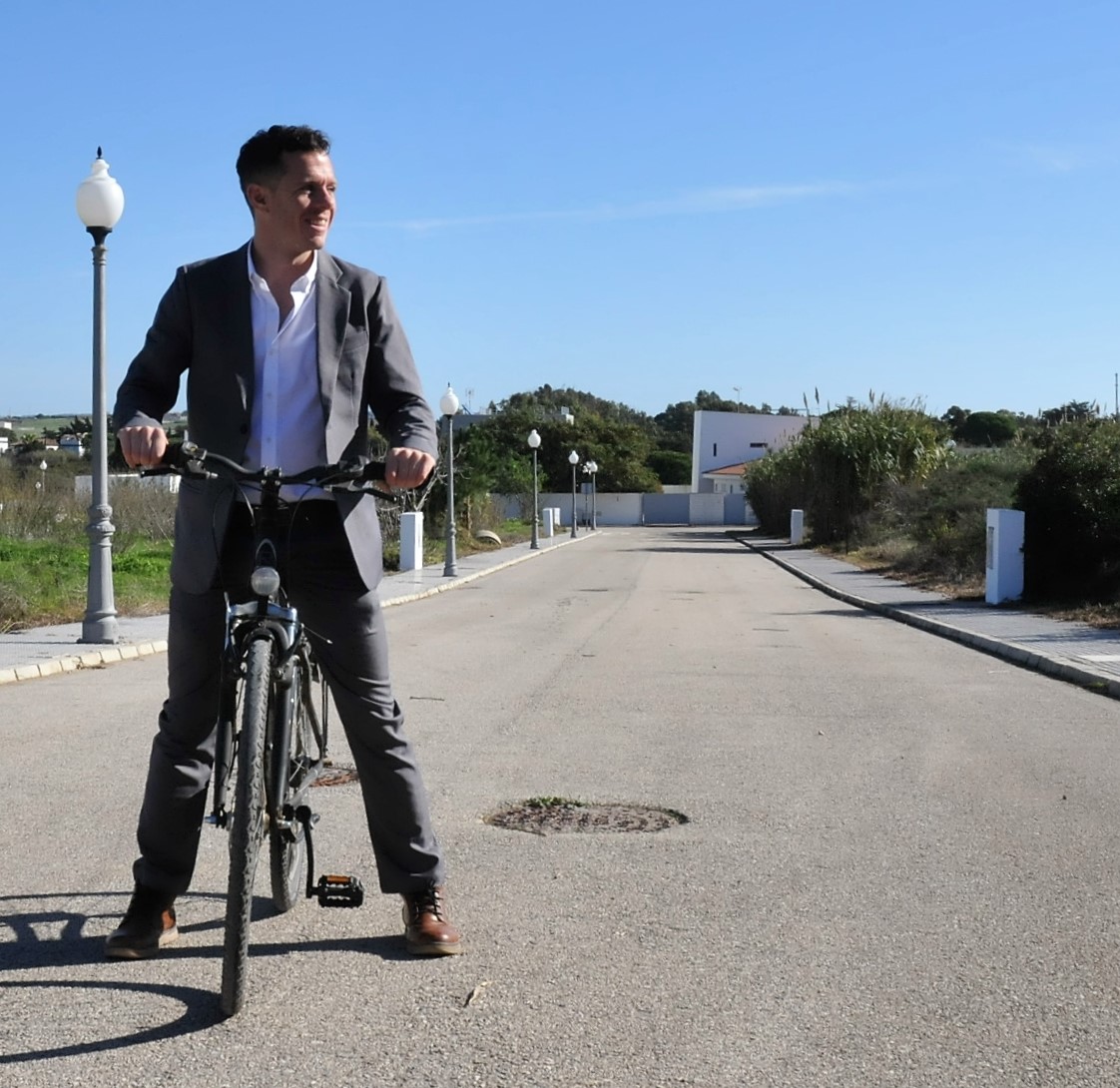 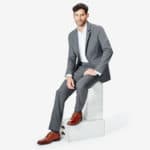