It may seem counter-intuitive but forcing people to wear a helmet when cycling doesn’t improve the safety of cyclists.

But why? Surely extra protection around your most important organ can only be a good thing? Welcome to the bike helmet paradox.

Now, let me start with a disclaimer: this post isn’t about discouraging people from wearing helmets, on the contrary: I’m pro-choice when it comes to helmets. The key point of this piece is that cyclists shouldn’t be forced to wear helmets.

Why is this so important? Well, there are two key problems that come with forcing cyclists to wear helmets: 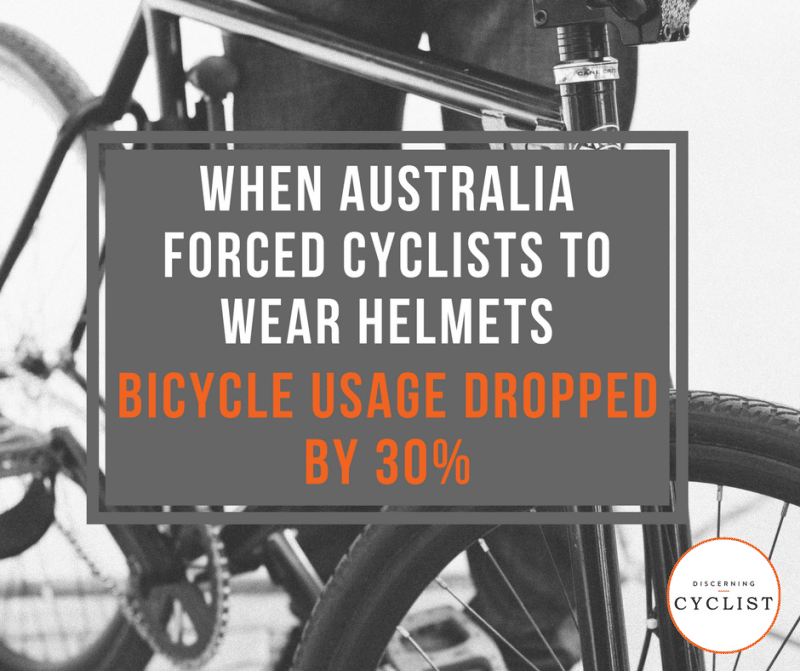 Well, when Australia brought in their mandatory cycle helmet law, bicycle usage dropped by a massive 30%.

Is a 30% drop in bicycle usage a problem? After all, it just means it will be the “safe cyclists” on the roads, right? 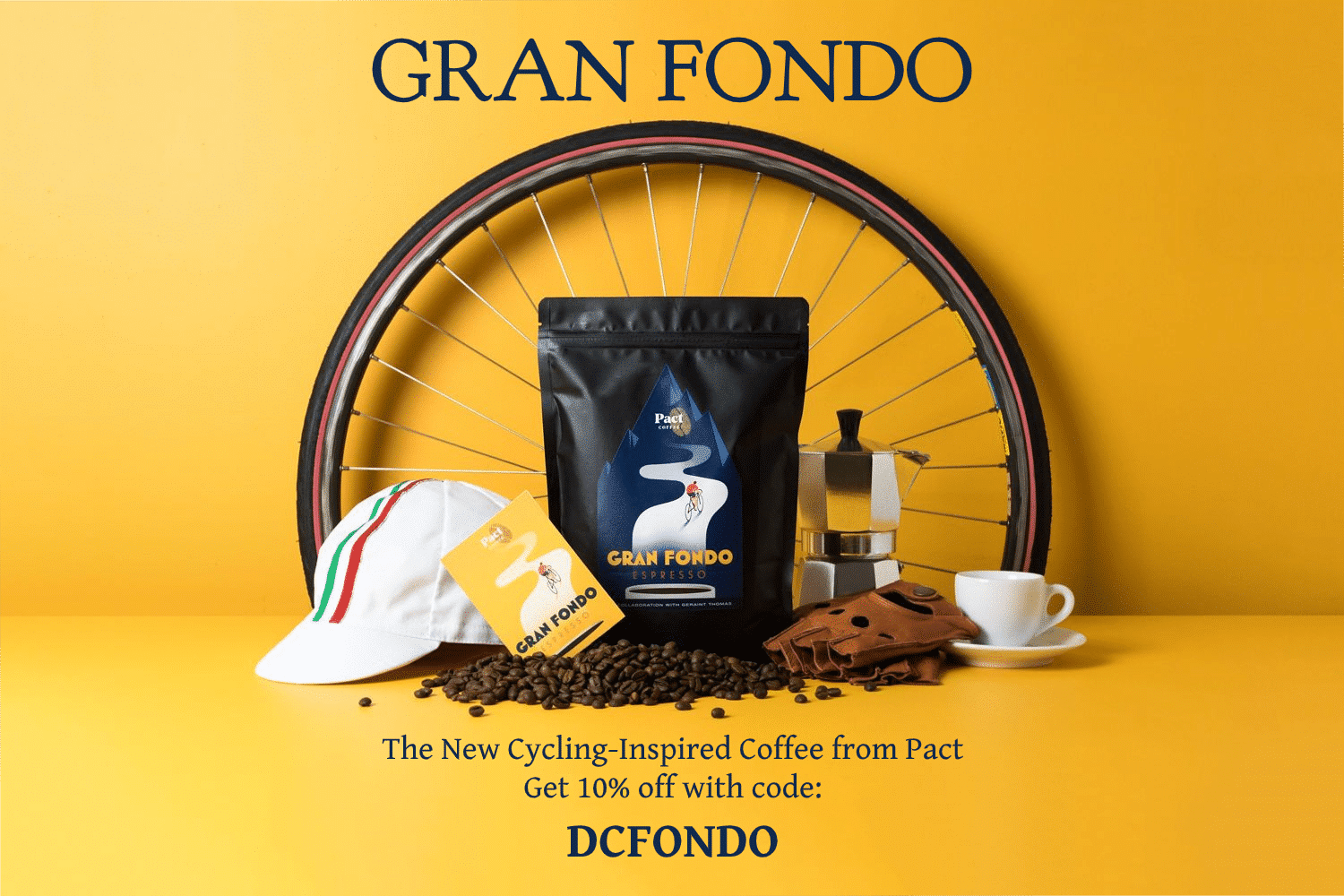 If you want to improve cycling safety, the number one way to do so is to have more cyclists. Statistics and studies across the board show that countries and cities that have more cyclists have proportionality much fewer cycling injuries and fatalities than areas with less cyclists. So, to remove 30% of bicycles from the road would be to significantly endanger the remaining ones.

An even more terrifying statistic is that motor vehicle drivers pass cyclists wearing helmets on average 8.5cm closer than those without helmets. This is surely (and hopefully) a subconscious act on the part of drivers, but is worrying nonetheless. 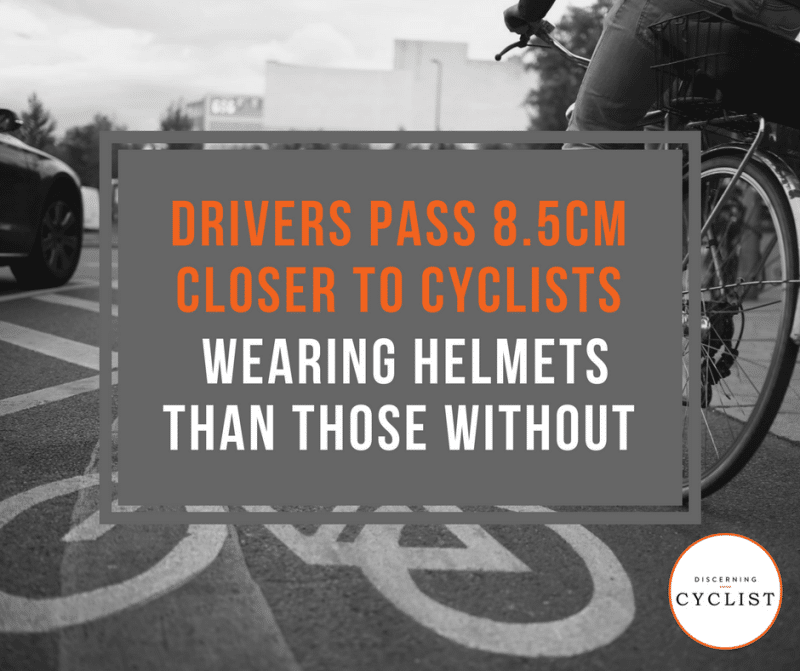 With this in mind, should cyclists not wear helmets? No. That’s not what I’m saying at all. What’s important is that cyclists can choose whether they wear a helmet or not – because on a large scale, forcing people on bikes to wear helmets does not make them safer.

Without doubt, if a cyclist is in a collision with a vehicle, wearing a helmet dramatically reduces their chance of dying. Indeed, each year there are around 3,500 serious cycling injuries in the UK, of which 71% are caused by human error and often lead to cycling crash claims. But is cycling safety really about reducing the impact of injuries sustained during accidents? Or, should we be looking at it from a proactive perspective and looking to prevent the accidents happening in the first place?

From the perspective of preventing cycling accidents – do helmets help? Not in the slightest. 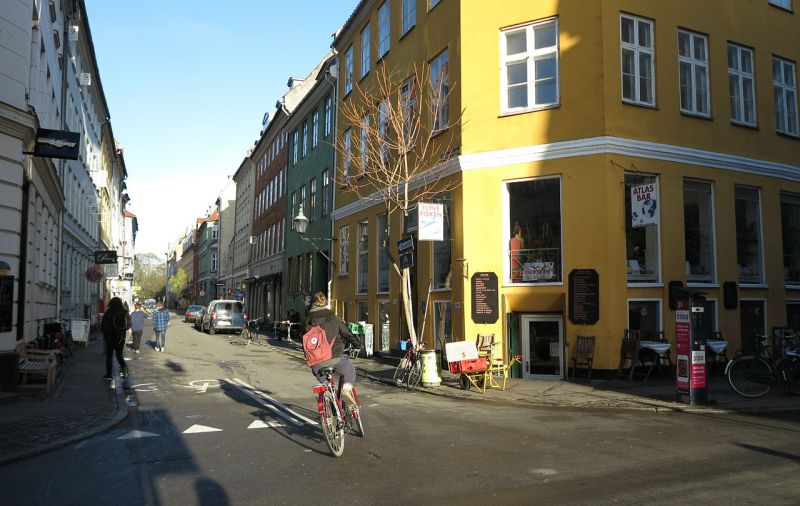 How to Make Cycling Safer

To increase the number of cyclists, then, one of the key considerations is that you provide a cycling experience that feels safe and easy. Indeed, much social research points to the fact that perceived traffic danger is the biggest put-off for would-be cyclists.

Therefore, creating a safer cycling experience is vital in order to increase the number of bicycle journeys. And there is no better way to do that than to provide a useful network of bicycle lanes in city – ideally completely segregated from other road users where possible.

If you think bike lanes on every major road in a city is unfeasible or just a pipedream – you’ve clearly not visited Copenhagen or Amsterdam, where cycling journeys are increasing year-on-year with a fantastic network of cycle lanes (with Copenhagen now having more bicycle journeys than car ones). And, as you can see in the table below, there’s a very clear correlation between more bicycle journeys and the risk of fatal crashes reducing. 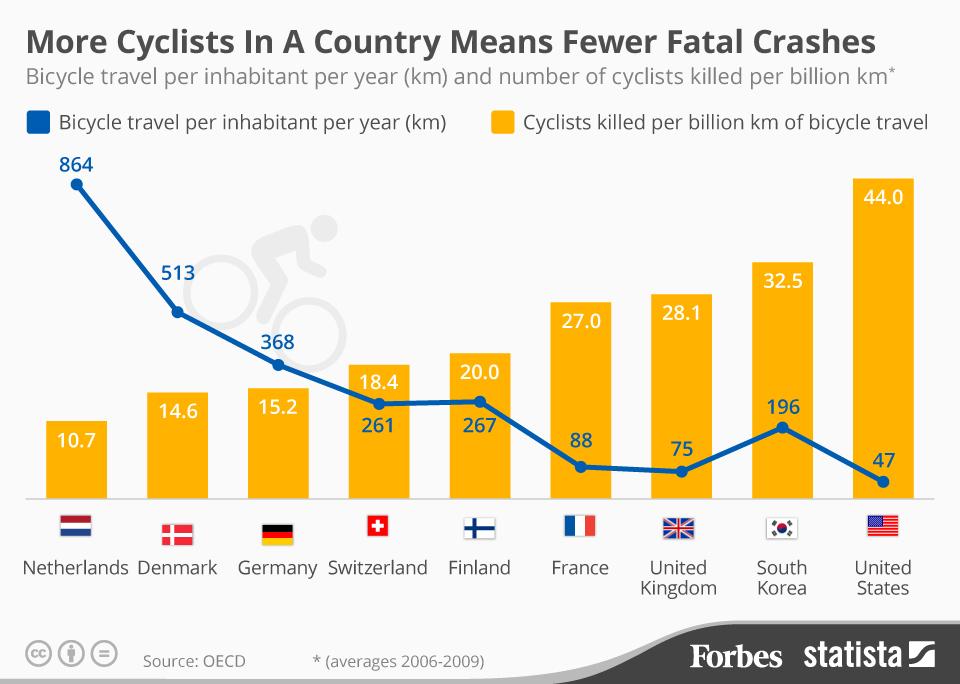 Do You Have to Wear a Helmet on a Bike (UK)?

In the UK, there is no law that dictates you must wear a helmet on a bike (in the UK) – and hopefully there never will be.

What does improve the safety of cyclists, though, is a greater number of cyclists – and that is typically achieved through improved cycling infrastructure.

So, to make cycling safer, what we need is more cyclists – and forcing people to wear helmets will not help reach this goal.