November 2016 was a landmark month for Copenhagen. For the first time since records began, more bicycles journeys were recorded than cars journeys.

This statistic is all the more impressive when you consider that Copenhagen has seen a 68% increase in cycling in just 20 years. Plus, when figures where first recorded in 1970, they showed 351,133 cars to just 100,071 bikes. 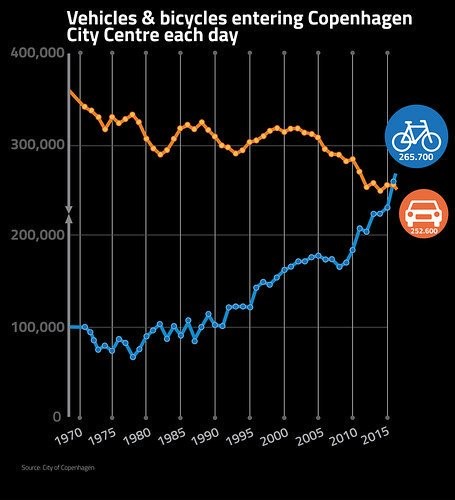 This means Copenhagen now joins Amsterdam as a city that officially favours two wheels to four, with the Dutch capital hitting the same tipping point way back in 1995. Momentum has stayed heavily on the side of people on bikes in Amsterdam too, with bicycle rides now outweighing car journeys 53% to 24%. 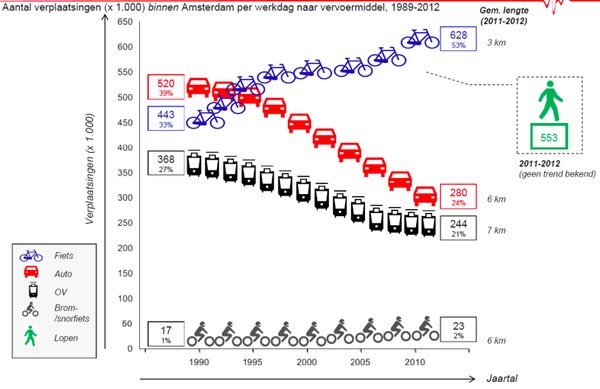 But Copenhagen and Amsterdam have always been cycling cities blessed with amazing infrastructure, right? Well, no. Not really.

Since 2005, £115 million has been invested in cycling infrastructure in Copenhagen. These funds saw cycling lanes added, improved and widened, as well as new bike and pedestrian-only bridges being opened to help navigated the city better. Former lord mayor, Ritt Bjerregaard (now head of the Danish Cycling Federation), played a key part in this vision. 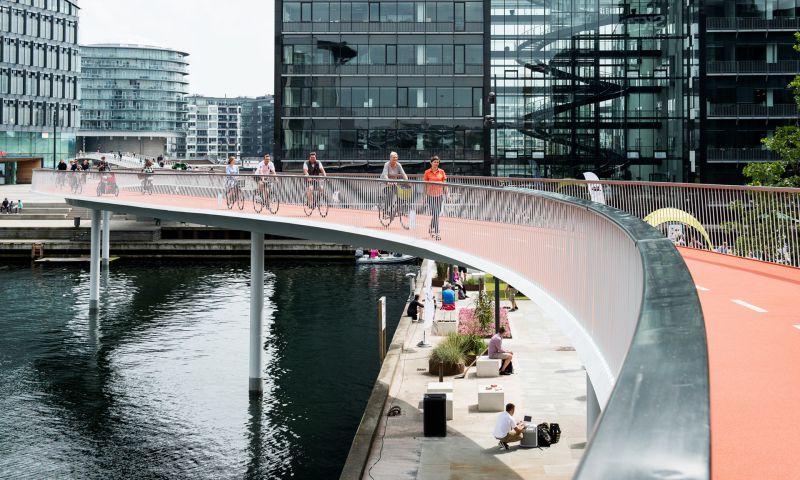 And Copenhagen certainly aren’t resting on their laurels. Current mayor of technical and environmental affairs, Morton Kabell, hopes to see “the central core of town between Nørreport, City Hall and Kongens Nytorv becoming car-free within a decade.”

“People see that the fastest way to get around town is on a bicycle.”

Having had the luck of spending a fair bit of time in Copenhagen over the last couple of years, I must say cycling in the city is an absolute pleasure. It’s simple and organised. It feels completely safe. And bicycles are constantly zipping around, even in the harshest of winter conditions.

So, with Mayor of London, Sadiq Khan pledging to spend £770 million on cycling infrastructure in the British capital over the next five years, is it possible that cyclists could outnumber car users in a couple of decades in London too?