Behind the Scenes at Huez Clothing

Behind the Scenes at Huez Clothing

Nestled between Palace Lambeth Gardens and Royal Street, you’d have no idea that you were just a short walk from the tourist and political hustle and bustle of Westminster in Old Paradise Yard – the home of Huez Clothing.

Finding this place is a considerable challenge. Access is only available via an access road not seen on Google Maps. For a while I was stood in the Gardens staring at the blue GPS dot on my phone, seemingly on the doorstep of Old Paradise Yard but with no entrance in site. Eventually I worked my way around the property (which belongs to St. Thomas’ Hospital across the road) and gambled upon the lengthy access road, which fortunately led to Huez HQ.

Huez was formed by school – and subsequently university – friends, Lorenzo and Hugo. Lorenzo runs the day-to-day operations in the quirky office space – which during the time of my visit was being used to prepare their stand for the approaching Spin cycling festival in London. 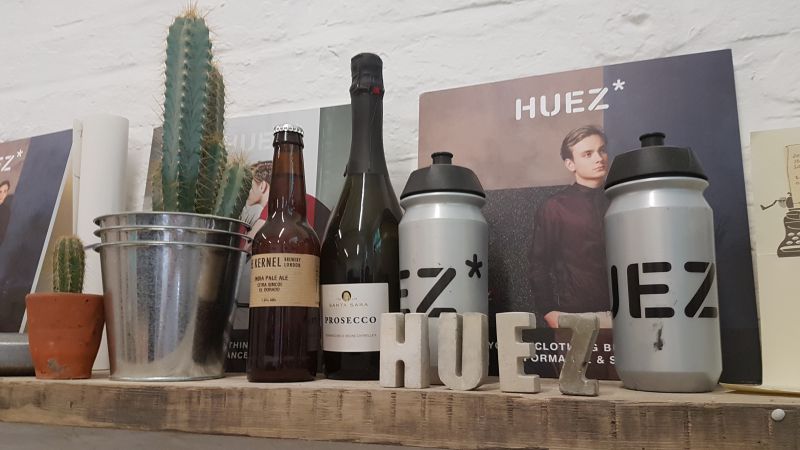 Lorenzo is a tall, bustling fellow who previously worked in finance in the City. On his daily cycling commutes into work, he often wondered why more cycling gear didn’t put more technology to use in their gear – while maintaining an element of style. He puts this best in his own words, “technology is present throughout our lives – so why isn’t it ingrained into our clothes?”

To find out a bit more about the beginnings of Huez and what it’s really like to work at a cycling start-up, I had a chat with Lorenzo.

DC: So, Lorenzo, how did Huez come into being?

“My own personal journey started with the daily commute; cycling to and from work every day. I was always a passionate cyclist growing up, but it was getting back into cycling in London and doing the commute that made me see what was really missing from the market.

“There seemed to be only one brand that everyone was wearing, and I think brands were obsessed with looking back instead of forward. It was all about retro styling and the history of cycling, and I thought that not everyone’s into that.

“I’ve always firmly believed that there should be more readily available fashion, using the latest technology in the fabrics available now, instead of the sort of cottons and old materials.

“That is what led me to look into it.

“So, we did this big analysis of the market to pinpoint exactly was missing. Huez came from that and we were luckily enough to meet our designer Nick Bond – who was ex-Paul Smith and a cycling fanatic. Our two ideas meshed and met in the middle to create our first range in 2014.”

DC: How has growth been since? Where do you see Huez heading?

“We’ve been growing well. One of the most interesting things we’ve discovered is that when we launched we saw ourselves filling a gap in the urban cycling market, but what we’ve seen more than anything is that sport cycling is actually the biggest driver.

“From the beginning, our target was to use the latest tech for sportswear. In fact, one of our first jerseys was totally seamless (Starman Seamless Jersey) – it’s a super unique piece. Polyamide with silver ions so that it would be anti-bacterial, the sleeves aren’t sow on like many other brands “seamless pieces”– we have managed to remove all seams, therefore eliminating any chance of discomfort. So straight away, our DNA was to try and push the front tier for construction of fabric types, and I think we’ve continued to increase that across the range. 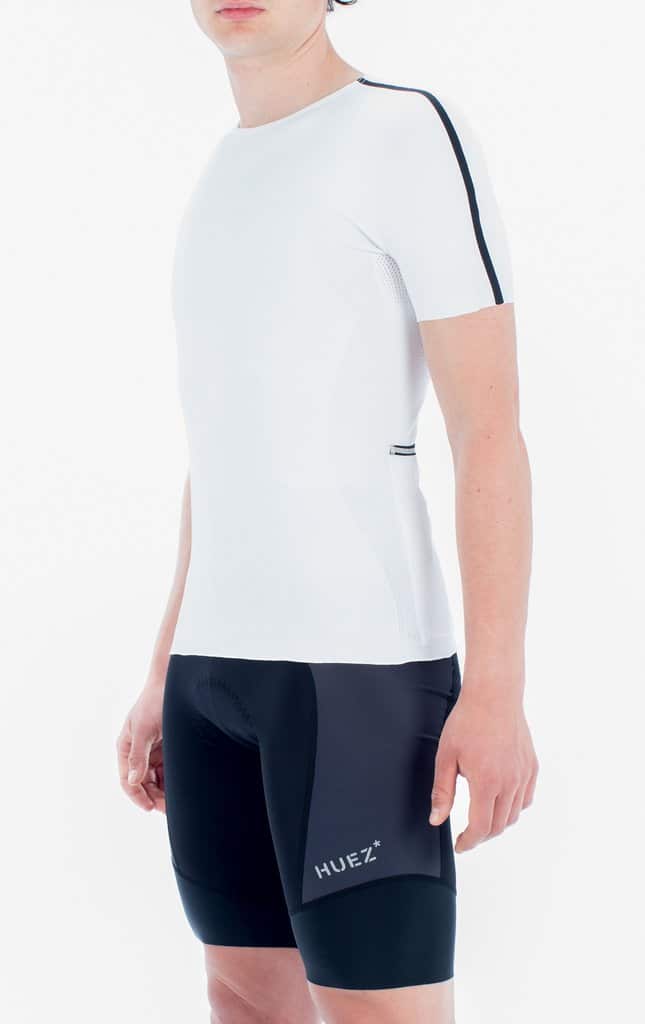 “So, continuing what we’re doing, and continue to sell that message that we believe in cycling as the future of city travel, as well as the sport itself. To create products that enable people to go out and enjoy their ride. To do so with clothing that looks good on the bike: with stuff that looks modern, rather than a retro style.

DC: What have you found to be the biggest challenge a cycling fashion start-up?

“The biggest challenge is getting traffic. It’s a very competitive market. I think that trying to grow the brand without over-spending is one of the biggest things.

“We’ve got a good following, we’ve seen people liking the brand from as far afield as Australia and Colombia – Jenson Button even sent a Tweet out saying our Softshell Sweat Hood was his favourite thing to warm up in!” 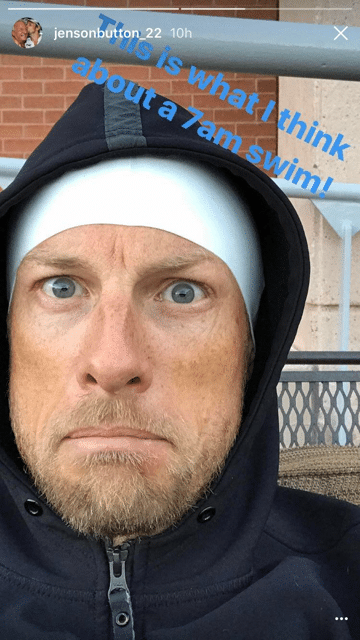 DC: So what is the process from coming up with a product idea to it being available to buy?

“At the moment we’re doing our SS18 collection, it’s going into its final stages. When thinking about SS18 we looked at where our range currently was and where we want to take the company.

“The key was to push our message of fast, light and tech. Every single product should be the fastest, the lightest and the most technically advanced it can be.

“We’ve look at all the elements: rain, wind, sun and heat – and how these impact cycling. So we can continue cycling in the rain, we can cycle in the heat, we can cycling in cold weather – and finding the materials that can do that.

“Then it’s about meeting the right people to find the companies that can produce these materials. We go to Paris for fabric shows, Frankfurt and so on. In the past few years we’ve already met some of the best companies in the world for materials – so we can speak to them directly to develop fabrics. For example, there’s a factory in Italy that we work closely with, that allows us to place different laminates for waterproofing and to enhance stretch or reduce it depending on the garment. 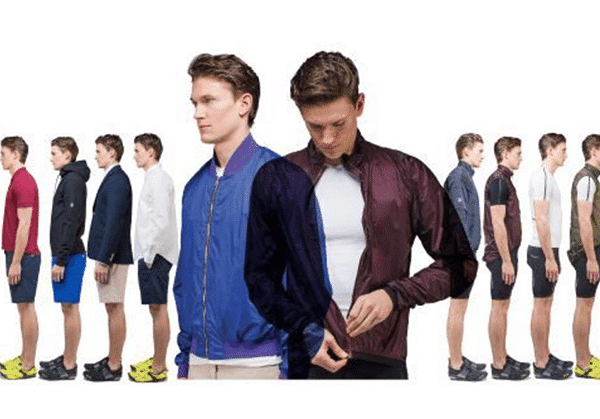 “Once we’ve found the fabrics, it’s all about finding the right fit. Which is one of the most important things and one of the biggest challenges – because everybody comes in different shapes and sizes. There you try to make sure you have stretch in the right place, that you work on a base line model that is conducive for the type of cyclist you want to cater for. And then with the right materials, people – if they want it super tight – can buy a size down. But we try to have the right product, fit for purpose.

“Then our ambassadors and people close to the brand vigorously test these products out until it’s ridden to bits and we get really honest feedback. And that sort of closes the loop.

“This season we’ve got our biggest collection yet. Including a women’s line which we’re really happy to do in our third year. This line really brings in all the technology and bits we’ve learnt to date and we’ve thrown it straight into the womenswear. Hopefully what you’ll see is a really well-executed women’s range pointed towards sports cyclists, but as we go on we’ll add in more products for the urban cyclist.”

DC: You mentioned ambassadors before, who are they?

“We launched the ambassador program this year and we’ve got a core set of ambassadors that we work very closely with. We’ve got this private FB group in which all the ambassadors share their journeys. Whether it’s cycling across Peru or Everesting Alpe d’Huez or riding the three tours ahead of the pros, they tell us what they’re doing then relay this to our community while also getting as much feedback as possible on our products.

“Right now, that’s one of the things we’re focussed on with the womenswear at the moment: we want as much feedback as possible. We’ve held several quality circles with small groups and to analyze clothing. It’s something we’re able to do as a small-sized company, and something I’d like to continue doing.”

DC: What does a typical day look like for you at Huez?

“As a family man, I my son off at school on my bike  – sometimes I have to drive but I try to avoid London traffic! Then I head to the office in Westminster, where we’ve been for three years.

“The thing with being an entrepreneur is that every day is different – which is one of the exciting things about it. Right now in my role I try to focus on sales, we’ve got some great employees who look after customer service, and Nick Bond continues to be our designer and head creative.

“There’s always something different coming at you, but generally we just want to bring the company forward and continue making great clothes.”

DC: Finally, how do you see cycling culture in the next 5/10 years?

“For me, London has come a long way forward. The superhighways and segregated roads are all a step in the right direction. We’ve got to see more of that.

“As a group, cyclists need to come together and put pressure on the government to improve infrastructure. I still don’t think enough is being spent on cycling infrastructure in London. 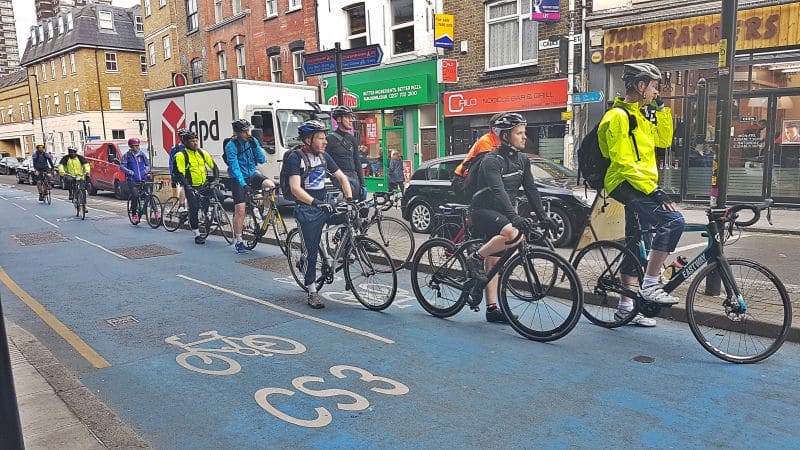 “But cyclists also need to look at themselves in having new infrastructure and potentially more cyclists, we need to recalibrate how we travel through the city – less as a race and a way of getting fit, but more of a way of getting from A to B. And you can see that easily in a city like Amsterdam, where people are enjoying that journey and it’s not a big race on the cycle paths – there’s less of a hurry.

“London still has a bit of a way to get there, but I’m delighted with what we’ve seen in the new superhighways and we need to continue putting pressure on the government. But it’s great to see – especially now in the summer – the number of cyclists getting out and about.”

Many thanks to Lorenzo and the rest of the Huez Clothing crew for taking the time to speak to Discerning Cyclist and for showing me around the Huez HQ! You can see the full Huez range here.

COMMENT BELOW: Have you tried out any of the Huez range? What has been your experience? Also, if you’ve thought about launching your own cycling start-up, what are the questions you’d like to ask to Huez?