Could Cycling ‘Fashion’ Improve the Perception of Cyclists?

Could Cycling 'Fashion' Improve the Perception of Cyclists?

Ask almost any person in Britain to describe what a cyclist looks like, and they’ll probably conjure up an image of a MAMIL (a middle-aged man in lycra). However, ask the same question on the continent – particularly in the likes of the Netherlands, Denmark or Germany – and your answer would be more likely to be simply that of someone riding a bike.

Britain has long lagged behind its European neighbours when it comes to cycling infrastructure. Whilst much of Central Europe enjoys spacious bicycle lanes and priority given to cyclists on most roads, junctions and roundabouts, in the UK it’s very much different. A bicycle path is a rare, narrow, “luxury”, while cycling is still very much considered an alternative mode of transport, rather than the norm. This has led to a British culture of ‘vehicular cyclists’, whereby many cyclists try to behave as if they were a car and by doing so attempt to ride at the same speed as the traffic and hold stronger road positions.

However, if you want to keep up with a car for a long period of time when cycling, you’re going to get sweaty. And this is the prevalent reason why many cyclists you’ll see in the UK opt for a racing bike and sporty cycling attire – typically changing their outfit upon arrival at their destination. 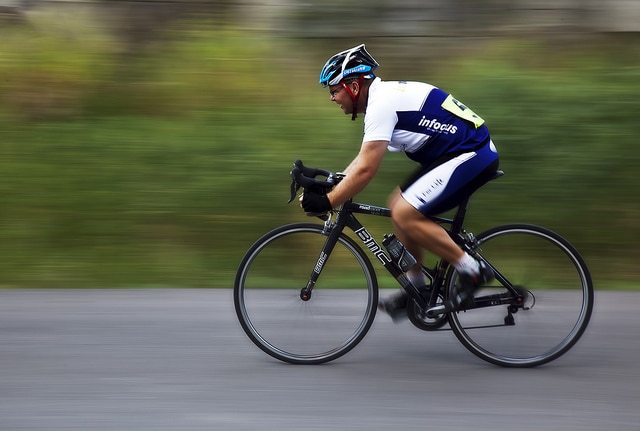 Again, this contrasts significantly from on the continent, where the most common type of bikes you’ll see are commuter and urban bicycles that allow the rider a more leisurely upright position while riding. Cyclists also wear ‘normal’ everyday clothes, or whatever they plan on wearing when they reach their destination. Indeed, are they even ‘cyclists’? Or just people on bikes?

That brings me to an interesting question: can what people wear on their ride change perceptions of cycling?

It is a point worth considering. Cycling has a bad rep in the UK. It’s not considered cool in the mainstream, and is even a source of angst amongst fellow road users. However, as proven elsewhere in Europe, an increase in cycling can:

Surely, if the four previously mentioned points were to occur in any city, its people would be glad. But when cycling is mentioned in the UK, people don’t want to hear.

It comes down to a key point: cyclists vs drivers. Even if they’re often the same people.

Undoubtedly the biggest cause of this friction in Britain is because cyclists are forced to mix it up with motorised vehicles. This is not good for either party.

On the side of the cyclist, they have to deal with being in close proximity to potential death traps, while having to deal with many signal systems that are not optimised for bicycles. Then, for drivers, they have to careful manoeuvre around cyclists on often narrow streets. Infrastructure is undoubtedly a goliath problem.

But, with only a minority of the population calling for more investment into cycling infrastructure, governments and councils are unlikely to react with any great seriousness. It’s not a vote winner afterall. Just look at the manifestos of each of the main political parties going into the previous election – only the Liberal Democrats and Greens made any noteworthy backing to cyclists.

So how do you get more people interested in cycling without the infrastructure already in place?

Essentially, you need to change cycling’s image. A rebrand, even.

To do so, you need to diffuse the angst between cyclists and drivers.

Hate or dislike usually stems from differences. Historically race and religion have epitomised this. People, sadly, often dislike things that are different or they don’t understand.

So when a guy driving to work is forced into trying to engage in a safe manoeuvre past a cyclist on a narrow street, he is going to be a bit stressed (I am both a driver and a cyclist and I hate overtaking cyclists – it’s not in the least bit relaxing for either party).

But when the driver is in this situation, he doesn’t not resonate with the cyclist. He sees someone in silly clothing essentially making his life more difficult. He does not care why the cyclist is wearing what he is wearing, nor does he care about the lack of investment into cycling. He just wants to get past this annoyance. He just feels stressed. It’s understandable.

Inevitably, therefore, even subconsciously, his impression of cyclists – and cycling as a whole – is not going to be a positive one.

However, if you change this image just slightly, things may begin to change. Saying instead of seeing a lycra-clad cyclist, he sees a man or woman in regularly looking clothes riding a bike on their way to work (the sort of thing as showcased on Discerning Cyclist), he is surely more likely to resonate with this person. They clearly are just trying to make their way to where they are going – just like himself. 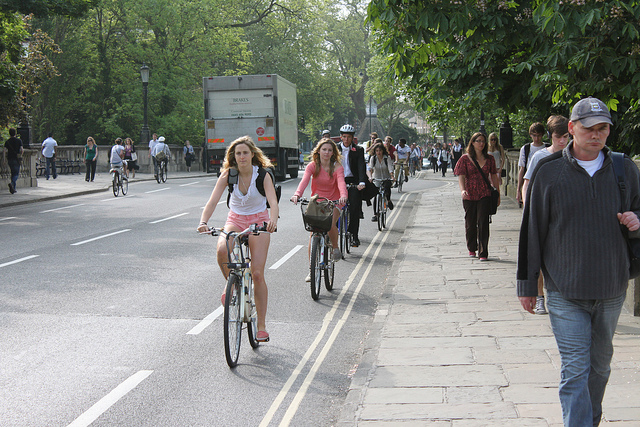 It may seem a petty difference, but it could prove a vital first step in changing the perception of cycling and subsequently helping to improve cycling and the infrastructure for it. Without the widespread demand for change, you simply won’t see it.

This post was sponsored by MaxiNutrition, the UK’s leading protein nutrition company bringing excellent protein science to everything they do.