A Chat with Louis Pollack, Founder of Fairwear

A Chat with Louis Pollack, Founder of Fairwear

I caught up with Louis Pollack, the founder of Fairwear – a start-up brand in 2014 that launched some fantastic ‘performance inspired apparel’ that is great for cycling as well as before and after your ride.

Last July, I tried out one of Fairwear’s early products, the Silkroad Shirt, which I reviewed for Discerning Cyclist. I was absolutely delighted with the shirt as it was everything I wanted in a shirt, as in: 1) it looked great and suitable for the office. 2) It was made from a lovely light, soft material. And, of course, 3) it was a perfect fit for cycling. The shirt still remains one of my favourites.

With that in mind, I was intrigued as to what was next for Fairwear after such a promising debut. I saw they had various new shirt designs available, as well as a range of pullovers and caps on the site. Intrigued, I had to find out what Louis next had planned for Fairwear…

DC: Hi Louis, could you tell us a little about Fairwear?

Louis: Fairwear specializes in performance dress shirts. Our shirts are made with high-tech materials that look no different than regular fabrics. Fairwear is about creating apparel that can hold up to life on the go.

DC: Why did you start Fairwear and what were your inspirations behind it?

Louis: A new job brought me to Philadelphia and I quickly realized it was different than other cities I had lived in previously.  Unlike New York or London, where the underground is king, it’s common for people here to have cars. That being said, it can still be challenging to find parking and traffic can be miserable. 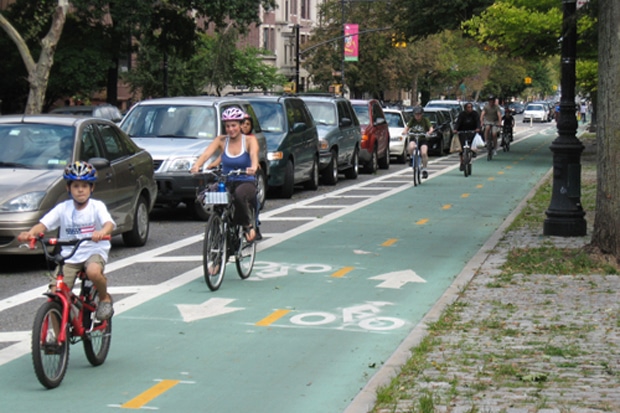 I noticed many traveled by two wheels, as Philadelphia’s flat landscape has helped it grow into one of the largest cycling hubs in the county. I started riding a single gear bike and was instantly hooked. I stopped worrying about maintaining a car and grew to love riding everyday. I wanted to create something stylish, useful, and original to compliment my new mode of transport.

DC: So, when did you come up with the idea for Fairwear and what was the first thing you did to set it in motion?

Louis: I had been involved with apparel even before I graduated from University. My dad supplies fabric for some of the industry leaders like Ralph Lauren, J. Crew, and Levi’s. I was assisting him and learning more about the business. After graduating, I had a job working in New York’s Garment District for Rafael Cennamo. He’s a designer that specializes in wedding gowns and couture. It was at Rafael that I learned about garment production and how to create something from inception to completion.

Once I decided I wanted to create a collection of shirts, I started with sourcing the fabric, trim, and finding the best local factories. This is a process that is ongoing, as we’re always looking for new and better resources.

DC: What were the most challenging aspects starting your cycling clothing brand?

Louis: Being a relative newcomer to the cycling world, I was not only introducing a new product, but I was also introducing myself for the first time.

People work with who they’re comfortable with. I’m still very much the new guy, but I hope I’ve represented myself well and have grown to be somebody that is trustworthy, honest, and pleasant to work with. 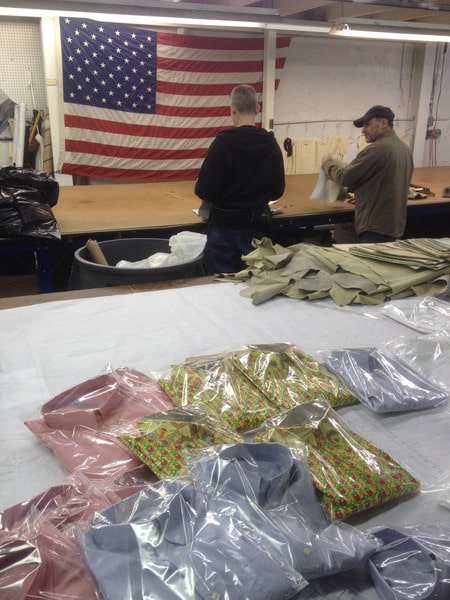 DC: And, what was the biggest unexpected challenge of your start-up?

Louis: Apparel has many moving parts. There’s the fabric, trim, manufacturing, presentation, trade shows, web management and the list goes on. Whatever can go wrong will, so I always try to stay organized so that when something does happen you can deal with it and it doesn’t become catastrophic. Also health, I recently had an appendectomy. I’m doing well now, but it sidelined me for a while. Health is our most important asset, I’ll never forget that!

DC: What has been the initial feedback since your launch?

Louis: Overall, things have been very positive. It feels like I’m on to something people actually want, which is good. That being said, just because someone likes it doesn’t mean it’s perfect. I’m a huge fan of Gordon Ramsay and Kitchen Nightmares. Say what you will about the theatrics of the show, but what I most enjoy is the dynamic between Ramsay and the chef. He calls them out on things like the food being boring, frozen or even spoiled. People are always telling me things, good and bad. My new collection of dress shirts will be 100x better than my first. I’ve refined my product through trial and error, listening to feedback from people I respect, and always trying to push myself further.

Louis: 2015 will be an interesting year for Fairwear. I got my feet wet in 2014, met some incredible people, and helped introduce our product to the local market. I want to build on that and help make Fairwear more of a known brand in 2015. We’re going to more shows, participating in larger expos, and creating new products to help Fairwear reach a larger audience. In May is the Bike New York Expo, which a big deal for us, because it’ll be our largest show to date. We’re still a ways from exhibiting at Interbike or Outdoor Retailer but we’re working towards that goal. I know it’ll be a long year filled with highs and lows, but I’m determined to see it through.

DC: How do you see the future for Fairwear?

Louis: I see biking as a means to solving many of our problems including; health, pollution, and congestion. As our government starts to enact policy to create safer and more defined cycling routes, we’ll start to see an even larger demographic adopt cycling. It won’t happen overnight but the wheels are in motion (no pun intended). I hope Fairwear has the longevity to survive and prosper into the future!

DC: Thanks very much Louis, and best of luck with Fairwear!

Louis: No problem, thanks for featuring Fairwear!

You can check out the Fairwear range here. 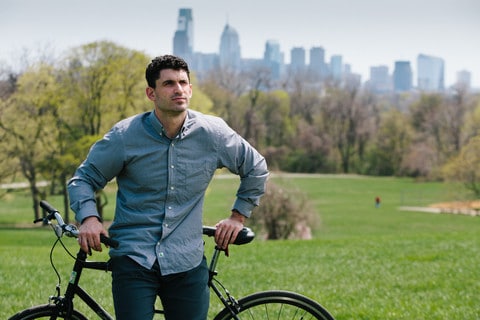