So I Moved to Germany and…

So I Moved to Germany and…

I’ve been awfully quiet on the Discerning Cyclist for the past couple of months. Something that certainly wasn’t my intention at the start of this year. I’m never sure how much of my personal life I should put on this website. I mean, I know it’s good to connect with my audience, but I’ve always hated talking about myself – a trait that is certainly not suited to job interviews. Simply put, it really makes me cringe. I’d much rather talk about you, a philosophy, the weather, an idea… anything, but me. So, why have I been so quiet on the Discerning Cyclist? Without boring you with the details or making myself feel too uncomfortable, here’s a run through the last six months of my life. In bullet points, naturally. And that’s my life in the past six months in 13 points. Enthralled? Don’t worry, I won’t subject you to that again (promise). So what’s the point of this post?

I just wanted to say, that I have simultaneously fallen back in love with cycling and stopped caring about cycling, since living in Germany. The beauty of cycling in Germany (and Holland, Denmark etc.), is just how much of a big deal cycling isn’t here. Every warp of life does it. Kids, pensioners, men, women, commuters… everyone. And it’s just normal. 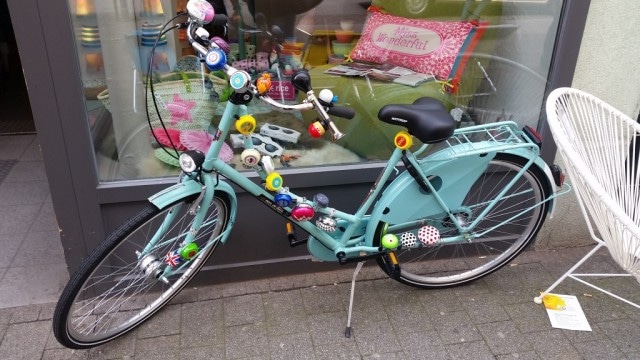 Sometimes you cycle on pavements, sometimes you share the road with other vehicles, sometimes you have a bicycle lane. I guess the point I’m trying to make is… I really feel everybody (people who cycle and those who don’t) needs to relax when it comes to cycling in the UK. Obviously I understand the infrastructure and attitude to cycling is poor in the UK compared to much of Europe, but the way we handle it isn’t great either.

What I’ve learned/become sure of:

Mikael, from Copenhagenize, expresses the points I’m trying to make a lot more eloquently in this excellent video below.